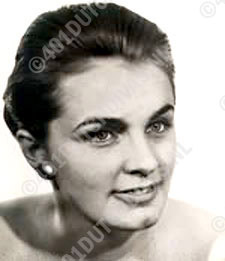 Cora Canne Meijer made her debut +/- 1950 at the "Nederlandse Opera" and this was the starting point of a long career. She performed roles as Rosina (Il Barbiere de Siviglia), Charlotte ( Werther), Carmen and performed in modern works as lieder singer. She sang in Geneva in two premieres: Monsieur de Pourceaugnac ( 1963, Martin) and La Mère Coupable ( 1966, Milhaud). Appearances in the "Holland Festival" and inside and outside of Europe.