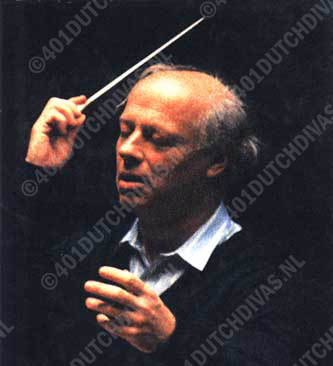 Eduard van Beinum was buried on 18 April 1959 in Garderen, a quiet village in the Veluwe region, where he had lived for many years, away from the crowd and bustle of city life. That same evening a memorial concert wasted by Bernard Haitink, whom Van Beinum had unofficially designated to be his successor. The programme included the final chorus of Bach's Saint Matthew Passion and the adagio of Bruckner's Eighth Symphony, which had been Van Beinum's favourite piece throughout his life. In 1961 Bernard Haitink succeeded Eduard van Beinum as the musical director of the Concertgebouw Orchestra in Amsterdam, a post which he retained for 27 years.