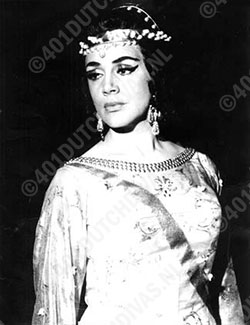 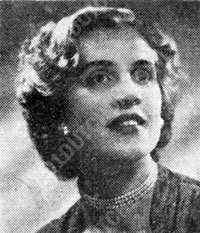 In 1958 she performed at the Holland Festival in the world-premiere of Sem Dresden's opera François Villon. Bariton Hans Wilbrink (1933-2003) sang the title role. 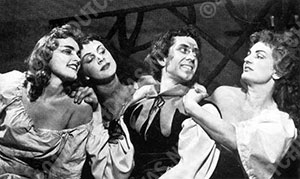 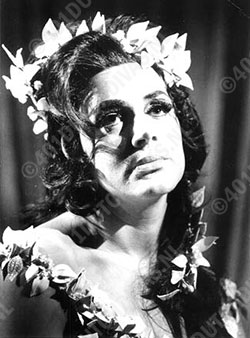 From Zürich, where she ahd settled, she also traveled for guest eprformances to the Münich Opera House (debuting in 1964) and the Vienese Opera (debut 1967). In Vienna she sang, amng others, the role of  Ariadne in Ariadne auf Naxos by Richard Strauss, Donna Anna and Donna Elvira in Don Giovanni, Fiordiligi in Così fan tutte, the Countess in Le nozze di Figaro, Senta in Der fliegende Holländer, and Desdemona in Verdi's Otello. In 1967 she performed in Münich the title role in Richard Strauss's opera Die Liebe der Danaë and also Irene in Wagner's Rienzi, in 1970 she sang there Rosalinde in der Fledermaus. 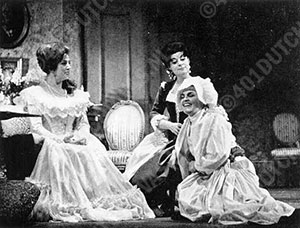 In 1965 she appeared at the Graz Opera, in 1968 at the German Opera Berlin, in 1964 at the Nationaltheater Mannheim and the Teatro Liceo Barcelona (as Leonore in Fidelio). La Scala Milan received her in 1964, as Donna Elvira, a role which she repeated in the same year in Cagliari, and in 1968 at the Teatro Verdi in Triest. In 1967 she sang at the Hamburg State Opera, as Leonore in Fidelio, a role she repeated in 1971, at the Landestheater Innsbruck, the opera house where she was then under contract. 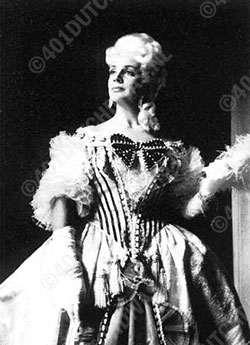 After her term in Zürich, Maria van Dongen appeared ins everal guest performances with The Dutch Opera, among others as Donna Elvira in Don Giovanni (Mozart, 1963), The Countess in Le nozze di Figaro (Mozart, 1966) and Leonore in Fidelio (Beethoven, 1966). Her final performance with the Dutch Opera was as 1e Norn in Wagner's Götterdämmerung (1967). There were also performances with the Munt Theatre (Théatre de la Monnaie) in Brussels (1964, 1966). besides being a celebrated opera soprano, Maria van Dongen was also a celebrated recital singer. A renowned concert was her all Mozart recital in 1963. She also appeared in Salzburger Festspiele, where she sang two Mozart arias in a matinee recital, besides performing as First Lady in Die Zauberflöte.

Her strong points, as can be heard in our 2 downloads with full cd length, was a mellifluus soprano sound, of great purity, imaculate technique and an unusual, warm timbre. As a singer, she was born for the nobility of the Leonoras and Donna Elviras of the operatic world, as can readily be samples in our exerpt from 'Tu'che la vanità', below.

Conductor of this 1960 performance (of which a complete recording exists) was Carlo Maria Giulini.

Maria van Dongen passed away in Zaandam on October 20, 2012, at the noble age of 84, after a short period of ilness. On Fiday, October 26, she was cremated at the Crematorium Zaanstad.