A triptych, as chronological survey of " The Art of Opera and Concert Singing"

Part One - The second half of the 19th Century

Do not these words from Wallenstein's prologue - in their broadest sense - apply to all performing artists? 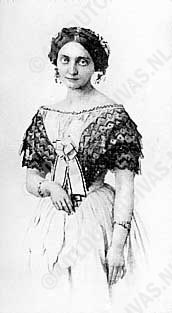 'Geizen mit der Gegenwart', because it is sadly little that remains of the fame of most of them after their death. How small is the number of those who in our own times can still speak with enthusiasm about singers like Adelina Patti, Pauline Lucca, the both Garcia's, Wilhelmine Schröder-Devrient, or (to stay on native territory) Sophie Offermans-van Hove and Wilhelmina Gips. Truly, Schiller's words 'drum muss er geizen mit der Gegenwart' could not have been formulated better. Thus wrote, in July 1941, George S. de Bossan (a pseudonym for S.A.M. Bottenheim?) in his preface to the booklet "Nederlandsche Zangeressen". 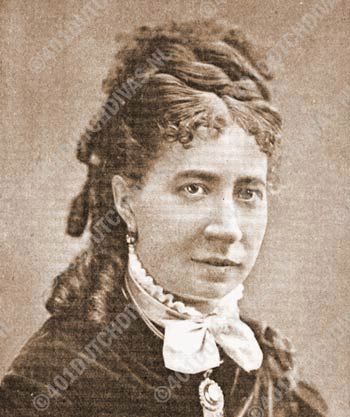 Already at the age of seventeen (1846) Sophie appeared with the Haagsche Orkest in the aria of Elvira from Auber's "La Muette de Portici" for an enthusiastic audience. About her performance of Schumann's "Der Rose Pilgerfahrt' the following anecdote is recorded. Clara Wieck and Robert Schumann were both present; Schumann was sitting inconspicuously in a corner, silently listening. After the performance, he offered Sophie a beautifully bound copy of his Opus 112, with a personal dedication: 'Die anmuthsvolle Sängerin der "Rose" bittet diese Blätter anzunehmen, der Gärtner. Am 8ten Dec. 1853.

'* ) This anecdote, taken from "Nederlandsche Zangeressen", illustrates well what I said and meant in the last part of the Prologue, and in more colourful words.

Part Two - The first half of the 20th century. 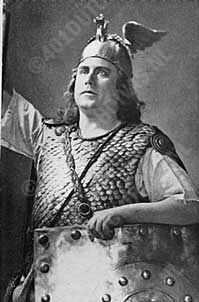 This is the period in which must be mentioned as great examples, among the women especially Aaltje Noordewier-Reddingius (soprano) and her sister in art Pauline de Haan-Manifarges (alto), and among the men Louis van Tulder (tenor) and Jacques Urlus (tenor). According to G.S. de Bossan, 'the great era has arrived in which the number of our women concert singers has grown into a true multitude'.

The following article from the newspaper "Dagblad", 17th January 1905, is not really of the greatest importance, but it mentions again the enthusiasm we spoke of earlier. 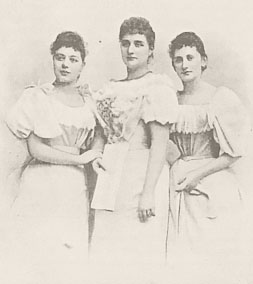 'On the fifth subscription concerto at Baden-Baden, for example, they sang for a very large audience, which they roused to great enthusiasm by their beautiful singing. The "Bade Blatt" dedicates a long review to this performance, and says (among other things) of the three Dutch women: "...the unanimous enthusiasm they were able to evoke is quite rare with an audience like ours, which is so difficult to warm up. Even the members of the orchestra, who normally prefer to retire when they don't have to play anymore, stayed seated at their music stands to listen attentively, and with their conductor applauded their loudest the gracious young ladies with their beautiful voices and faultless delivery...". The article closes as follows: "The performance offered such a pure and noble pleasure, that we hope with all our hearts to see the ladies again soon". Well, what do you say of this? Aren't these ladies something to be proud of for us Dutchmen?'

In the years shortly after 1890, the soprano Jeanette de Jong was spoken of quite often in our country. She appeared many times as a soloist on our concert platforms, and earned every one's favour and admiration because of her beautiful, rich voice. She also was for some years the soprano of a splendid ensemble, the Hollandsch Terzet, together with Anna Corver, mezzo-soprano, and Marie Snijders, alto. This trio had the greatest success all over the country and even abroad.

After the Second World War, in 1946, the Stichting De Nederlandse Opera was founded. In 1965, it changed into the present 'De Nederlandse Opera Stichting'. Although many opera companies were and still are active in the Netherlands, such as 'Stichting Operagezelschap Forum' - now changed into the 'Nationale Reisopera', and for some years 'De Zuidnederlandse Opera', and since 1990 'Opera Zuid', it is a fact that the oratorio culture is dominant in our country. The best example is the "Passion-fever" around Easter, due to the Calvinist clergy in the 17th and 18th century, which vigorously fought against the phenomenon of operas. 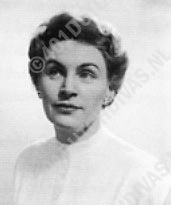 Hence, many of our best singers are more to be heard in oratorio and concerts than in opera. Elly Ameling sang in 1973 the role of Ilia in Mozart's "Idomeneo", which was to be her only opera role. The same goes for the once world-famous Jo Vincent: in 1939 she sang the role of the Countess in Mozart's "Le Nozze di Figaro". Gré Brouwenstijn, however, was a real opera singer, albeit one who had her triumphs mainly abroad, in Covent Garden, La Scala, Teatro Colon, Bayreuth, and Glyndebourne. Erna Spoorenberg sang already as a 14-year-old girl the Queen of the Night. She performed everywhere in Europe with great acclaim, and also sang in America and Russia. Cora Canne Meijer, an alto/mezzo, appeared often in Dutch productions, but also in Glyndebourne and Salzburg. The mezzo-soprano Sophia van Sante is very versatile: she has sung in oratorio, lied, as well as in opera, and excels especially in the modern repertory. Cristina Deutekom abroad received the nickname "the Dutch Nightingale". She performed all around the world with the greatest success. Originally, she sang mainly in Mozart operas (Queen of the Night), but later on opted for the Italian dramatic repertory. She shone in "Norma", "Turandot", and "Lucia di Lammermoor".

Still today, much "new" talent is present in the Netherlands. For the time being, I will only mention a couple of women singers, namely the mezzo-soprano Jard van Nes (she finished her career January 2001) and the soprano Charlotte Margiono. *) During a business trip to New York, in 1989, I had the opportunity to visit the famous record store Tower Records. In the classical music department, they had a little section reserved for the records of our own Jard van Nes, which made me feel proud (although I left the shop only with some records of Maria Callas, which are hard to find in the Netherlands). So far this chronological survey. In the Prologue, you can find - or have already found - more to introduce this site and the motivation to set it up.