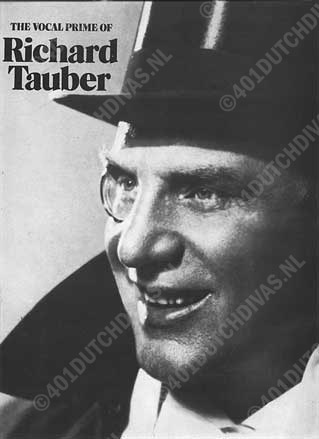 ........Richard Tauber was the greatest Mozart tenor of his time. Of his Don Ottavio on March 5th 1924 the critic of "Die Zeit" wrote "Tauber's performance reached its climax in Don Giovanni. It had never happened before that Don Ottavio, a figure who usually remains in the background, was received with such a storm of applause and that Don Giovanni himself should have been overshadowed." Of the same performance in "Die Deutsche Allgemeiner Zeitung":"He is the polished fine musician who not only knows his part, but the whole score,and creates from the complete ....... He sings the two arias incomparably; how he gives by the power of his cantilena at the end of the G major aria a soaring poised line to that baroque, octave leaping melody; how he fills the coloratura of the B flat major aria with dramatic life is quite unprecedented.".......
James Dennis, 1979

........what is astonishing about Richard Tauber's art is exactly that it is by no means based on an outstanding, sumptuous natural vocal talent, but rather on the somnambulant sovereign usage of these vocal means, on a highly sensitive musicality, a hypnotic power of expression, and an infinitely inventive performance vision.........