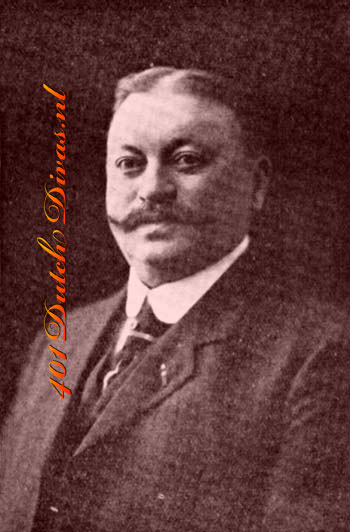 Johannes (Johan) Rogmans was born in Haarlem on October 23 1852. His voice was first noted while he was stationed as aspirant officer in Gouda, where he appeared as a soloist in church performances on Sundays. His voice stood out to the point where he was advised to train it professionally. he then took voice lessons with Herman Molkenboer at the Toonkunst Music School in Amsterdam and he made his debut in 1881 in Joseph Haydn's oratorio 'Die Jahreszeiten'. His debut was such a success that he was a national celebrity within weeks. Nonetheless he continued his studies with Johannes Messchaert. Together with Messchaert he sang in the famous Amsterdam Vocal Quartet, which included s Messchaert, Aaltje Noordewier-Reddingius, Cato Loman and Rogmans. Meanwhile he continued his regular job as a clerk in a trade office in Amsterdam.

Rogmans appeared not just in The Netherlands but also in Belgium and Germany as an oratorio singer and wherever he appeared, his famous voice reaped his success. In oratorio such as Joshua ("... his voice rang like a trumpet"), Die Jahreszeiten and St. matthew's Passion his vocal artistry was well used. Rogmans was participated in the inauguration of Queen Wilhelmina on September 6 1898: "In the Nieuwe Kerk mother and daughter took their places on the throne, once again accompanied from the National Anthem, 'Wilhelmus van Naussau''. Willem Mengelberg conducted an elite choir which included such celebrated vocalists as soprano Aaltje Noordewier-Reddingius, alto Pauline de Haan-Manifarges, tenors Johan Rogmans en Jacques Urlus and the baritones Johannes Messchaert and Jos Orelio." Rogmans was even more celebrated in uncomplicated Dutch songs such as 'Ik heb gezworven over land, gezworven over zee' by Hije-Verhulst, which he rendered in an unsurpassed manner.

When he reached the age of 50 years he withdrew himself from the musical world. He died in Amsterdam on October 19  1911.