'Opera Pietje' has hosted various Dutch opera celebs ovr the past decade. On August 7, 2005, Joop Lindeijer visited the show, and played his favorite recordings. Second guest at the table is Stef Lokin. Unfortunately, this radio broadcast is in Dutch, but perhaps you will enjoy the songs!

We thank Stef Lokin and RTV Noord-Holland for this recording. 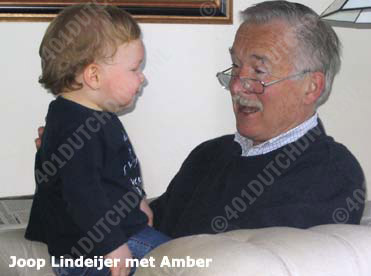 Joop Lindeijers former DutchDivas website made me skip most Dutch singers in my portfolio as an opera-author for an entire decade. This was not because of a lack of interest, but simply because Lindeijers’ website, started in in 2001, rapidly expanded to the point where authors as the undersigned simply read Joop whenever they wanted to know something about a Dutch singer – just like back in the times when we used to read Leo Riemens!

The great advantage of Riemens’ publications is that they appeared in print, which kept them available after Riemens passed away. Websites often meet a less sunny fate after their owners die, especially when such a site was created in relative solitude, as was the case with Lindeijers DutchDivas website. Around the end of 2011 the website suddenly went off-line and our worst fears soon proved true: Joop had parted this world on July 1, 20011. This Founding Father page is a tribute to the man who constructed the fundaments to maintain this very special slice of Dutch cultural heritage.

Although Joop’s website soon became authoritative, Joop never put himself in the foreground. Even for those with whom he corresponded, he remained an enigma. Not that Joop was the classic hermit; in fact, he wasn’t a solitary man at all. He just valued his life at home, with his wife Marian, his children and more recently also his beloved grandchildren Roos and Amber. Apart from that, Joop wasn’t very keen on ‘personal contact’. He preferred the tranquillity of working in his study, where he could endlessly work on updates, new biographies of research. Later on he also started to remaster 78RPM recordings, in which he soon became an expert. Scratches and bumps disappeared in a process of filtering that still maintained the full body of the voices concerned. Those skills eventually resulted in the production of cd’s on demand. Among those published were Julia Culp, Maartje Offers, Theo Baylé, Jacques Urlus, Cornelis Bronsgeest, Jo Vincent, Helène Cals, Theodora Versteegh, Catherina van Rennes, Aaltje Noordewier, Hans Kaart, Adriaan van Limpt, and above all, Anny Delorie!

Motorcyclist, in the Navy, shepherd and chicken farmer!

While talking and walking through the pages of the family album, a surprising image rises from all those photos. Who would expect a shy, elderly man behind a computer finds himself face to face with an adventurous Errol Flynn-like character, cruising through the seventies on top of his Moto Guzzi. Motorcycles were his passion, and until his back let him down, he kept challenging the wind and the rain whenever he had the chance. Annually, he went to the Isle of Man, where tour riders were allowed to race the circuit after the races had finished. Joop loved that, just as he loved to race the Hockenheim circuit.

Born November 18, 1940, Joop grew up in The Hague as the eldest of four brothers. After graduating technical college, he joined the Dutch Navy. For 8 years he sailed along the Seven Seas, from Europe to Hong Kong, New Guinea, Alaska, Australia and New Zeeland. Post navy he joined Shell Oil, then Possehl, where he worked as computer expert. That experience finally paid of post retirement, when he could entirely devote his time to his big passion: music! From childhood he was raised with opera, but his interests were broad. And he valued being independent in everything. As an amateur sheep herd and chicken farmer he wanted to be able to help his animals when they were sick. And so he went to study to become a vet. Apart from that, he was also a dedicated Anglophile.

Lindeijers DutchDivas website eventually became so important, that divas that were not yet represented there, contacted him in order to get some clarification of why they were left out. Joop always replied with the same answer: ‘No problem to add you, please send me some photographs. And maybe some recordings that we can use on the website. And, uhm… when were you born?...’ That was the crucial question, since there were some divas that refused to be listed there with their true birth date. That was a no-no for Joop. DutchDivas listed all birth dates and those who refused to go by that rule, were excluded from the website (a policy that will be continued on 401DutchDivas.nl). 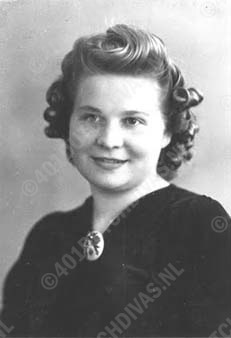 Joop started DutchDivas at the age of 60, when he retired. He had contemplated starting a website long before, but his professional life made it impossible to find the time needed. His passion was Maria Callas, but since she was already overrepresented, he was looking for something more original. At the time, the piano museum donated him a large amount of clippings with respect to divas and divos of the past and that eventually led to the birth of the DutchDivas website. The more he studied the subject, the more intrigued he became with the fantastic achievements of Dutch vocalists throughout the 20th Century. Soon he found himself researching the subject also outside the limitations of the clippings that he had inherited. Decisive was the contact he eventually had with Anny Delorie. Although she kept Joop off at first, he managed to pass her defence line with the help of her niece Ria Blom. When Joop and Anny eventually met, she was taken by his knowledge. Anny’s late husband had been a first violin player at the Concertgebouw Orchestra, and Joop offered to put some old tapes with his private recordings on cd for Anny. Since she had not been able to play her late husband’s recordings since his passing away, she proved very moved by hearing them again in Joop’s remasterings. That was an eye-opener to Joop: you could make countless people incredibly happy with bringing back the voices of the past! Thus, Anny Delorie became the immediate source of inspiration to create the website.

Lindeijer also kept in touch with Ank Reinders, Jard van Nes, Elly Ameling, John van Kesteren and Jacques Urlus jr., with whom he exchanged records. In 2001 he started the original DutchDivas website with the biographies of 4 vocalists: sopranos Jo Vincent, Elly Ameling and Gré Brouwenstijn, and the alto Aafje Heynis. Joop passed away on July 1, 2011. 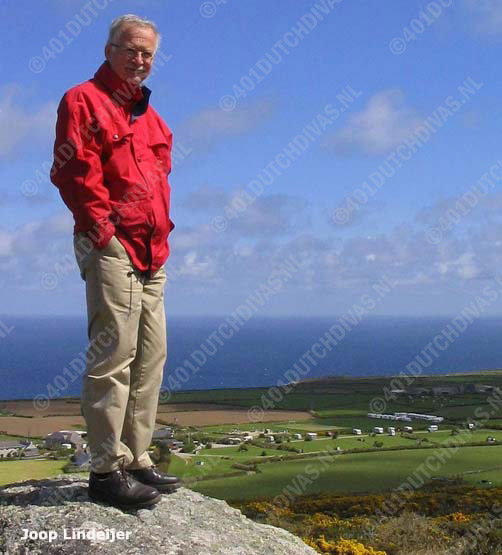