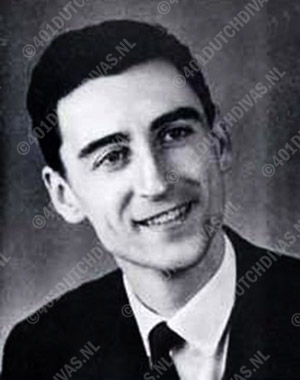 All we currently know of French baritone Jacques Villisech, is that he had a considerable career in France, given that our archives hold a handful of broadcast recordings from Austria and France, and a similar number of official releases. Judging on Volkskrant critic Gérard Verlinden, Villisech might have reached further at the 1960 International Vocal Competition Den Bosch (IVC), had he not brought a young female dilettante as his accompanist of choice, rather than using either Georges van Renesse or Gérard van Blerk. Villisech’s first traceable French broadcast was in a small part in the January 1960 transmission of Milhaud’s ‘opéras minute’ L'enlèvement d'Europe, L'abandon d'Ariane, and La dèlivrance de Thésée. Just a few months prior to his IVC participation, he was Le Chancelier in André Messager’s once very popular opéra comique La Basoche, again for French Radio (CD Musicdisc). At the IVC finals, he distinguished himself with a ravishing reading of a song by Fauré, and critic Leo Hoost of Haagsche Courant duly noted that he was, 'underrated with merely an Honorary Diploma.'

In 1963, VIllisech was the Sacerdote in Mozart’s Idomeneo, conducted by Peter Maag in Aix en Provence, and Buff in a broadcast of Mozart’s Der Schauspieldirektor, from Vienna. The latter also featured Mimi Coertze and Waldemar Kmennt, while André Rieu senior conducted. From there on Villisech’s career progressed. First he recorded Bach’s cantatas Actus Tragicus, and Himmelskönig, sei wilkommen, for Telefunken, with Bert van t’Hoff as tenor, and IVC 1959 winner Julia Falk. This release was followed by 1964 recordings of Bach’s cantatas Tritt auf den Glaubensbahn, O Jesu Christ mein Lebenslicht, and Gleich wie Regen und Schnee vom Himmel fällt. In this series Villisech was again accompanied by Dutch tenor Bert van t’Hoff, now with Agnes Giebel as soprano. Of additional interest is that a young Frans Brüggen played recorder on both recordings, and Gustav Leonhardt organ, which was also the case for the first original instruments recording of Bach’s Johannes Passion in 1966, with Villisech as Pilate, later IVC winner Max van Egmond as Jesus, Kurt Equiluzas Evangelist, Bert van t’Hoff as Servant, and a young Nicolaus Harnoncourt on cello and viola da gamba!

Fascinating is Villisech’s appearance as Valerius Publicola in a historic performance of Méhul’s once famous heroic opera Horace Coclès, of which we present a rare excerpt here:

In October 1966, Villisech recorded Monteverdi’s Vespro della Beata Vergine for Telefunken, with Nigel Rogers as 1st tenor, Bert van t’Hoff as 2nd tenor, and Max van Egmond in a rare double appearance as baritone and… 3d tenor! In 1974, Villisech appeared as Alquif in an ORTF broadcast of Lully’s Amadis, with later IVC winners Christiane Issartel and Jules Bastin in the cast. In 1975 he sang Ismenor in Rameau’s Dananus, in a cast with Christina Eda–Pierre, Nadine Denize, a d Philippe Langridge, again for the ORTF, and has a small role in a Paris performance of Cilea’s Adriana Lecouvreur, with Plácido Domingo and Montserrat Caballé (CD Opera d’Oro). Finally, he has a small part in Nicolaus Harnoncourt’s 1993 Teldec Monteverdi Trilogy.

More information on, as well as photos and recordings of Jacques Villisech are welcome at This e-mail address is being protected from spambots. You need JavaScript enabled to view it