Josef (Jos) Tijssen (1871-1823) was on of The Netherlands' most important heldentenors of his day. Apart from the great roles in that repertoire ranging from Siegmund to Siegfried and from Don José to Raoul de Nangis and Faust Tijssen also created important Dutch operas such as Simon van Milligen's Darthula (1902), Floris V in Richard Hol's Floris V (1892), Tancolf in Daniël de Lange's Lioba (1906) and Rupert in Julius Röntgen's Agnete. Tijssen's voice was preserved on a few very rare 1904 G&T recordings.

Josef (Jos) Tijssen was born on March 26 1871 in Roermond. He received his musical training - piano, violin and organ - first from Jos. Luijten and his oldest brother Henri Tijssen. The latter was dirrector of the Conservatory of Roermond. Tijssen continued his studies at the Brussels Conservatory. There he studied piano eand composition with  A.de Greeff, Alphonse Mailly, H. Warnots (piano accompanyment) and Kufferath and Samuel for counterpoint and composition He was merefold distinguished there. In 1890 he was engaged as solo-repetitor and second conductor with the Hollandsche Opera-Gezelschap of director  Johannes de Groot, whose company was based in the  Aasterdam Park Theatre. In the same functions he was then employed with the successor of De groot's company, the Nederlandsche Opera of Cornelis van der Linden. It was Tijssen's wife, the famous Dutch soprano Anna Tijssen-Bremerkamp who discovered her husband as a tenor and she urged him to take voice lessons with the famous teacher Cornelie van Zanten. Tijssen made a name for himself when he jumped in last minute and without rehearsals as Evangelist in the St. Matthew's passion in leiden under baton of Daniël de Lange. Following this he debuted in Van der Linden's company on October 11, 1890 as Leuthold, a comprimarrio part in Rossini's Guillaume Tell.

Jos Tijssen remained a member of Cornelis van der Linden's compnany until 1903. Apart from singing there he continued also his tasks as repetitor and second conductor and he contributed the Dutch translations of French and Italian opera's such as Cavalleria Rusticana, then given here as De trouweloozen or Siciliaansche boereneer.

In 1906 Tijssen created Tancolf in Daniël de Lange's Lioba, together with his spouse Anna Tijssen-Bremerkamp as Lioba and Jos Orelio as Hemming. Lioba created quite a fuzz in the papers and 401DutchOperas made a special on the work and it's genesis, including our own recording of the prelude in 401Concerts 3 as the beginning of further disclosure of highlights from this fascinating score (which also goes for the mentioned works by Simon van Milligen, Richard Hol and Julius Röntgen). 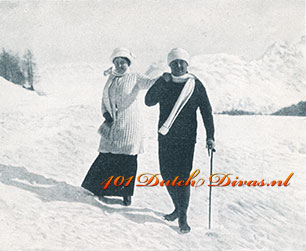 Jos Tijssen was from 1902-1903 Heldentenor at the Opernhaus of Frankfurt, from 1903-1905 at the Stadttheater (Opernhaus) Hamburg, from 1905 until 1911 again in Frankfurt, 1911-1912 at the Stadttheater Kiel and from 1912 to 1925 with the Stuttgarter Hofoper. In Frankfurt 1905 he participated in the commemoration its 25th anniversary as Walther von Stolzing in Wagner's Meistersinger and in 1904 he appeared in the Bayreuther Festspiele as Walter von der Vogelweide in Tannhäuser.

Hij was guest tenor with the operas of Dresden (1904), Vienna (1905), Munich 1908, Wiesbaden (1910) and Rotterdam (1911). Hij zong there parts such as Siegmund (Walküre), Tannhäuser, Lohengrin, Tristan, Raoul (Huguenots) en Manrico (Il trovatore). During World War I Tijssen resided in The Netherlands. In the period 1914-'18 he appeared there in roles such as Rupert in Agnete by Julius Röntgen (1914), Florestan (Fidelio, 1915), Erik (Fliegende Holländer, 1915) and Pedro in Laagland (Tiefland, 1918). After the war ended he returned to Germany, where he worked among others as a vocal teacher, residing in Kleve, near Nijmegen.

Rupert in Julius Röntgen's Agnete was Tijssen's last Dutch creation. The work had tremendous success with the critics following its Amsterdam premiere and a subsequent performance in The Hague. But the third performance in Rotterdam drew little audience and eafter that nothing more was heard of it. 401NederlandseOperas also features a special on Julius Röntgen and his opera Agnete, including our own recording of Ruperts song 'Dreigt ook gevaar' (When danger presses) in 401Concerts 3 as a first step toward the disclosure of further highlights from this fascinating score.

Tijssen's death came unexpected and in a very tragic manner. One day there was an uproar in front of his house and whent out to say something about the noise he was stabbed with a knife. He died of the consequences on August 10, 1923.

Jos Tijssen's voice was preserved in a few exceedingly rare G&T recordings, made in Hamburg 1904. He recorded Siegmunds 'Winterstürme wichen dem Wonnemond' from Die Walküre, 'Fanget an' from Die Meistersinger and a duet from Faust met Max Lohfing. The Faust recording reveals a noble tenor voice trained in the French school. It resembles the sound we know of Ernest van Dyck, Jacques Urlus and preumable als Jean De Reszke. These were all tenor voices with a characteristic, perfumed timbre and a slightly nasal ring to it.