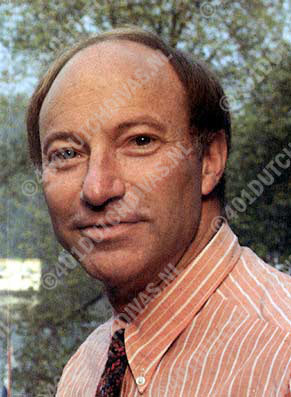 The admired Dutch bass-baritone Max (Rudolf) van Egmond was born on February 1, 1936 in Semarang, Java, Indonesia (the former Dutch East Indies). He completed his schooling and musical education in Holland after the war. He studied in Amsterdam with pedagogue Tine van Willigen-de Lorme during a period of more as 25 year. He became a member of the Nederlandse Bach Vereniging (Dutch Bach Society) at the age of eighteen. In 1959 (three years after his friend and compatriot, Elly Ameling) he became one of the prizewinners at the 's-Hertogenbosch Vocalisten Concours (Vocal Competition). He took prizes also in Brussels (1959) and Munich (1964) competitions.

Those prizes marked the beginning of his full-time distinguished career as a singer of oratorio, lieder and baroque opera. Max van Egmond achieved his greatest fame as an interpreter of J. S. Bach's cantatas, masses and passions and from 1965 participated in complete recordings and performances of these masterpieces with conductors Gustav Leonhardt, Nikolaus Harnoncourt and Frans Brüggen. (Teldec, Deutsche Harmonia Mundi, Seon). One of Holland's most beloved artists, he has received numerous awards and honours including a special decoration from Queen Beatrix of the Netherlands for his decades of service to Dutch musical life. His forty-year career has taken him throughout Europe, Canada, the USA, Israel and Asia.

For many years a professor at Amsterdam's Sweelinck Conservatory, Max van Egmond continues to give master classes throughout the world, and returns every year to Mateus, Portugal, and, in this country, to the Baroque Performance Institute at Oberlin, Ohio. His recent recordings with the Belgian-based Ricercar Consort have explored the extensive seventeenth-century German cantata repertory in a highly successful ongoing series of recordings (Deutsche Barock Kantaten - Ricercar). In recent years, Max van Egmond has concentrated on performing lieder and French art songs, and has produced highly acclaimed recordings (with the Belgian pianist, Jos van Immerseel) of Schubert's 'Winterreise' and chansons of Gabriel Fauré (Channel Classics). His concerts, recordings and many prominent students all provide eloquent testimony not only to his expertise in all areas of the vocal repertoire, but also to his great kindness and humanity in the service of music.