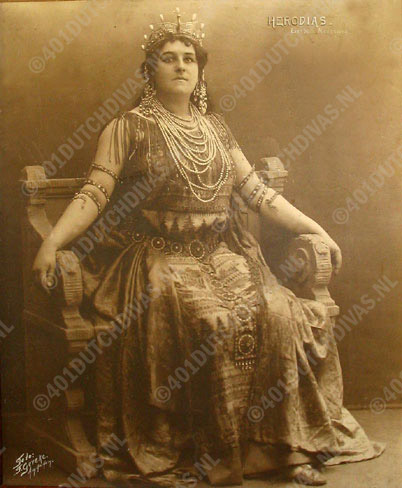 Liesbeth Poolman-Meissner was born in Saalfeld, Turingen, Germany the 19th June 1889. When she was 20 months old her family moved to Rotterdam. She always enjoyed singing as a young girl and was "discovered" while performing "Das Schaukel Lied" at a function in Rotterdam. Sitting in the audience was a member of the van Beuningen family (founders of the famous Booymans-van Beuningen Museum), who "talent spotted" her and gave her a scholarship to train her voice for the opera. She was sent to Frankfurt to study under Clara Sohn. However, her golden voice did not blossom under Frau Sohn's tutelage and at one point was barely able to speak. She complained to van Beuningen back in Holland, who considered Liesbeth to be an arrogant know-it-all and told her that her lack of progress was her own fault. It was then that her future husband, Alex Poolman, stepped in and took her under his wing.

He had studied music and in particular voice production and voice training. After two years, she was at last allowed to change teachers and went to Karl Brach who developed her glorious voice out of all recognition.

In 1913, after several public concerts, she applied to the opera in Antwerp and was told they would only take on a woman capable of singing both the Brünnhilde (Walküre) and Kundry roles (Parsifal). Alex, by then her fiancé, told her to accept as she had the voice. He promised that he would prepare her voice for these demanding two roles. Her career took her to Frankfurt and Mainz. In 1916, "De Nederlandse Opera" was founded by Koopman and Liesbeth Poolman was immediately signed up. She was the big surprise in the role of the countess in Mozart's "Le Nozze di Figaro"(17 October 1916). After this, she starred in the great dramatic Wagner roles as Brünnhilde in the "Walküre", Ortrud in "Lohengrin", and Venus and Elisabeth in "Tannhäuser", Amneres in "Aida", to mention just a few. Then came the thirteenth opera in her ever growing repertoire: Beethoven's "Fidelio", in which she played Leonore, which became her absolute favourite.

On 12th December 1917 she married Alex Poolman. In the spring of the following year, she contracted the Spanish 'flu and became gravely ill. She was not expected to live, but pulled through due entirely to her phenomenally strong pair of "singer's lungs". Fully recovered, she gave an interview to the 'Amsterdamsche Dames-Kroniek' (22.2.19) in which she pointed out how she and Alex worked and rehearsed every day of the year. She told the interviewer that she would never sing parts that were not right for her voice range. She turned down an offer from Antwerp to sing Carmen as it is for a much lower voice range. 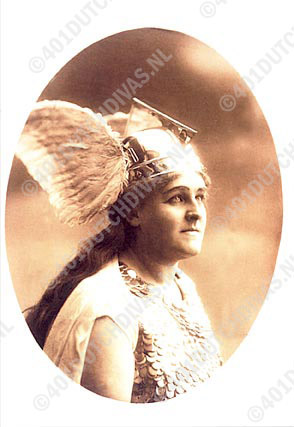 At this time, plans were being made to form a new Dutch Opera under the leadership of Alex Poolman. The newly formed opera was called the "Co-Opera-Tie" ('Co-Opera-Tion') under his and Albert van Raalte's leadership. The director of the Paris Opera, Mr. Jacques Rouché, came and listened to Liesbeth and wanted to sign her up at once for the Paris Opera for the Walküre. This was quite an achievement, for the Paris Opera was mostly closed tightly against foreigners. Furthermore, the opera was sung in Dutch in the Paris Opera building, where only French had been heard before. It was entirely due to Liesbeth's fame that eventually the whole of the newly formed 'Co-Opera-Tie' went to Paris, Lyon, Nice and Cannes. Apart from touring with the Dutch Opera Company, Liesbeth also toured all over France, singing with French Opera companies. Her repertoire was enormous and she was able to perform in three different languages: Dutch, German and French, especially as Isolde with her partner Jacques Urlus, the great Dutch tenor, who played Tristan. Together with Urlus as Tristan, she appeared twice on stage as Isolde, on 12 February 1925 and 23 October 1928, both times at the "Gebouw voor Kunsten en Wetenschappen" at The Hague.With Urlus as her partner, she also appeared many times in Siegfried, Lohengrin, Walküre, Tannhäuser and Gotterdämmerung. She also sang roles as Azucena in Verdi's "Troubadour" and Jo in Charles Grelinger's Dutch opera "Op hoop van zegen" , 30 September 1929, Koninklijke Schouwburg, 's-Gravenhage (Royal Theatre, The Hague). 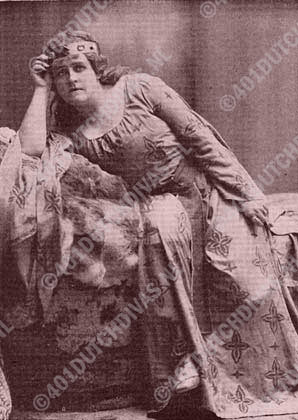 After the great financial crash of October 1929, the 'Co-Opera-Tie' did not survive. However, she still performed concerts and had a full season at the Algiers Opera in 1931 where she had a wonderful Wagner season. In 1936, Chris van Dam refounded the Dutch Opera and the first person to be asked was Liesbeth Poolman-Meissner. She had several successful seasons, with many of her favourite operas, until the Second World War brought things to a complete halt. Her last performance during the war was on 15 May 1941 in Amsterdam at the Stadsschouwburg (City Theatre), in a performance under the auspices of the 'Wagnervereeniging' (Wagner-society) in the role of Venus in Wagner's Tannhäuser. After the war in 1947, she had one more season in the Walküre at the Antwerp Opera, thus ending her career in the same opera house where she had begun in 1914 when at the age of 24 she first sang Brünnhilde.

Special thanks to Imogen Matthews and Gwendoline Matthews (granddaughter and daughter of Liesbeth-Meissner) for help and information. J.L. 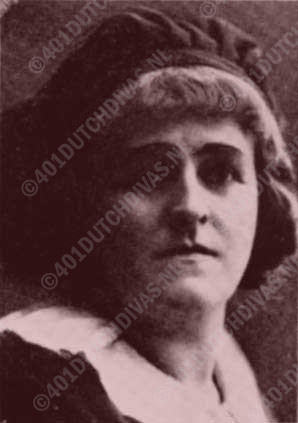