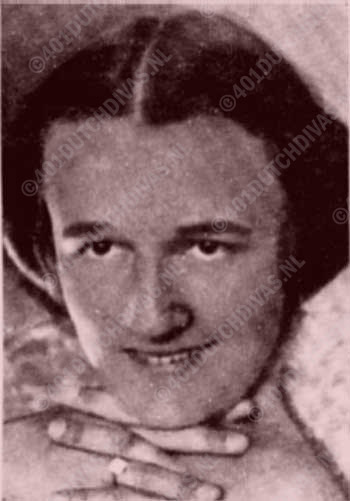 Listening to the first one of the 10 cd's, from the box ,,Dutch Masters - Het Puik van Zoete Kelen", I decided to mark the recordings, which I like most. Aaltje Noordewier - Reddingius got the first mark and there after followed the soprano To van der Sluys - completely unknown to me at that moment. She appears to be a pleasant surprise.She got the second mark.

At about the same period as the famous soprano Jo Vincent, belongs the first appearance of To van der Sluys, a soprano with very special qualities. The saying ,, As the tree, so the fruit" applies certain very true to her. She is the grand-daughter of the director of the ,,Nederlandsche Opera" of that time and her predilection to the art of singing is completely the her grand fathers nature. She studied singing - after her training at the High School for Girls - with her aunt Caroline van der Linden at Amsterdam, from whom she owes thanks for her full continued music training. In 1923 she succeed for the secondary examination of singing and piano.
Already quickly, she feels affection for the stage and from that time on, she belongs to the most asked soloists in the great concerts, Passion performances and oratorio. Later on she also makes her way to the terrain of opera. With the Concertgebouw Orchestra she performed regularly in the 2th and 4th symphony of Mahler and in the 9th symphony of Beethoven, as well as under Willem Mengelberg as Eduard van Beinum. Also abroad, they were highly thought of her as guest. She performed many times in Germany (Berlin, under Furtwängler), Paris, Brussels, Antwerp and Switzerland. At the same time she was part of the ,,Hollandsch Vocaal Kwartet" together with the tenor Louis van Tulder, soprano Mia Peltenburg and the baritone Willem Ravelli.