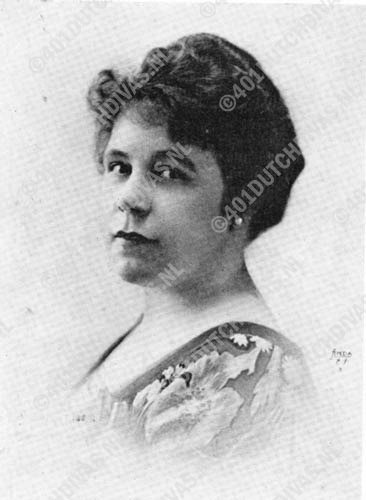 Tilly Koenen born at the isle of Java made her debut in Berlin, where she followed her teacher - the famous contralto and singing-pedagogue Cornélie van Zanten. She made quickly furore in Germany and the Netherlands and sang a.o. for the German Kaiser and at the Dutch Court. After very successful concert-tours through Middle-Europe, she settled down in London. In 1909 and 1910 she made concert-tours through the U.S. and Canada, where she also appeared in oratorio. Only once she sang in an opera - Orpheus - under the baton of Cornélie van Zanten in Amsterdam.