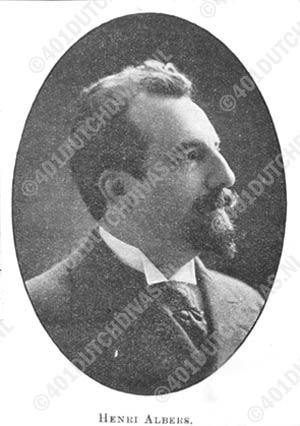 Henri Albers was at first an actor. After some appearances in operettas he made his opera debut in 1886 with the role of Méphistophéles (Faust,Gounod) at the 'Dutch Opera' of De Groot. Here he sang in 1889 in the premiere of 'Brinio' (Simon van Milligen). After 1890 guest appearances in Europa and later in America (Metropolitan). From 1899 to his dead he joined the 'Opera Comique' in Paris, where he sang the title role in the premiere of 'Macbeth' (E.Bloch).

He specialised above all to the French repertory