“ ... noble, heart-rending pathos, deeply moving in its utterance of the agony of the soul which he bears ...” and the “ ... poignancy of the pain under which he suffers ... ”
One New York critic praised his portrayal of the suffering Amfortas

“…it was not until [van Rooy] was twenty-seven that he made his operatic début. This was at the direct instigation of Cosima Wagner; at the Bayreuth Festival of 1897 he sang Wotan in the Ring cycle and created a furor. He soon established himself as one of the greatest artists of his day and returned to Bayreuth regularly….”

Michael Scott, THE RECORD OF SINGING 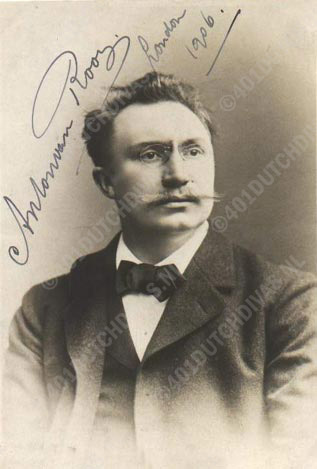 Anton (Antoon) van Rooy - in full Antonius Maria Josephus - was born in Rotterdam on the 1st January 1870 and died in Munich on the 28th November 1932. He studied with the famous baritone and teacher Julyus Stockhausen who was himself a pupil of Manuel Garcia.

He started as oratorio and concert artist and was heard by Cosima Wagner who invited him to sing at Bayreuth, where he made his stage debut as Wotan in 1897. His commanding appearance and his beautiful upper register created an immediate impression. In Bayreuth Van Rooy sang Wotan (Der Ring) in 1897, 1899, 1901 and 1902. Hans Sachs (Die Meistersinger) in 1899 en Holländer (Der fliegende Holländer) in 1901. He made his debut at Covent Garden on the 11th May 1898 and sang there regularly until 1913.

He again chose Wotan in "Rheingold" for his first appearance at the Metropolitan Opera New York on the 14 december 1898, a role he sang fifty times during his nine seasons there until 1908. His appearances as Amfortas in the Met's 1903 Parsifal resulted in his being banned from further appearances in Bayreuth.

During 1902-03 at the Metropolitan, he sang Wolfram in Tannhäuser, Kurvenal in Tristan, all three Wotans, Telramund, and Sachs. For twenty-four performances he was paid $15,075.83. In addition to his Wagnerian roles, he also sang at the house Don Fernando in Fidelio, King Solomon in Die Königin von Saba, and Jokanaan in the American premiere of Salome. 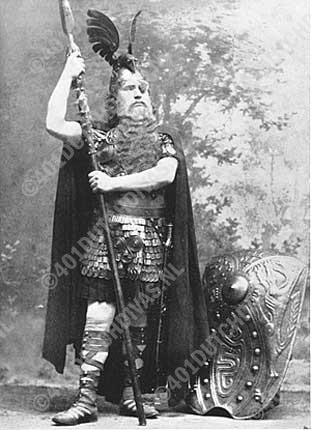 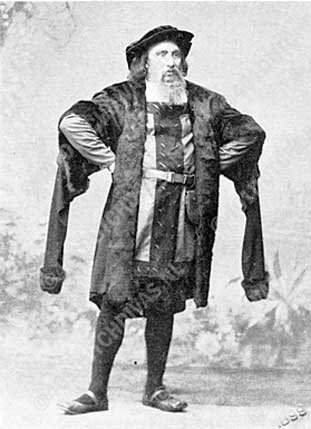 His voice was one of tremendous power, beauty and authority and he was considered the finest exponent of such roles as Hans Sachs (Meistersinger), Holländer (Der fliegende Holländer), Wotan (Ring) and Kurvenal (Tristan und Isolde) during the first decade of this century. He was prodigal in the outpouring of his huge voice and this no doubt was the reason that by 1908, when he made his last records, he was showing signs of vocal wear.
His final appearance at Covent Garden in 1913 showed him in serious decline.

His 1902 recordings give some idea of him in his prime and are precious souvenirs. As P. G. Hurst wrote, "The dignity of his presence and the immense power of his voice, together with the majestic breadth of his interpretations, will long be remembered by those who heard him".