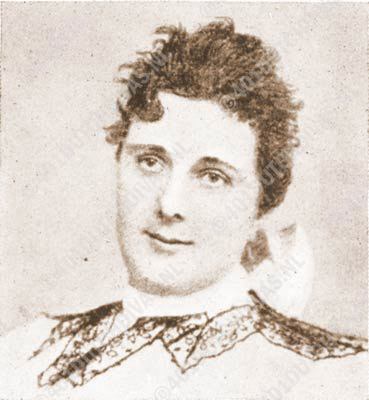 Louise Mulder was born on February 8th, 1870 in Utrecht. She followed her singing study first at the Utrechts Conservatorium and further with Julius Hey in Berlin. In the beginning she want limit herself with performing in concertos, but on advice of Cosima Wagner and Julius Kniese - head singing at Bayreuth - she went to the Bayreuther Schule für die Bühne to specialise her mainly to the Wagner repertoire. She debuted in 1890 in the Stadttheater von Nürnberg in the presence of Cosima Wagner as Eva in Der Meistersingern von Nürnberg. The same role she sang also - again in the presence of Cosima Wagner - at the Stuttgarter Hofoper, which house she then joined.

The best known Dutch singers in those days - around 1900- where the tenor Jacques Urlus and the baritone Anton van Rooy. But Louise Mulder did go before them, to be true, in smaller roles. She sang four years - in 1891, 1894 and 1897 - 'Knappe' and 'Soloblume' (Parsifal), moreover the 'junge Hirt' (Tannhäuser) and in 1892 Eva (Die Meistersinger). When she in the name of Cosima was invited by Adolf van Gross (1845-1931, family friend and financial advisor of the Wagner's) for the Festspiele of 1895, she wrote: "Uw brief, waarin u mij meedeelt, dat ik mij tot de uitverkorenen die komend jaar weer aan de "Festspiele" mogen deelnemen, mag rekenen, heeft mij zeer verheugd."
" ... Your letter, in which you informed me, that I am one of the elected, who may participate the coming season again in the Festspiele, has delighted me very much ... " 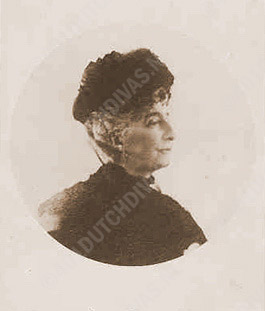 After she changed in 1895 Stuttgart for the Stadttheater von Bremen, she undertook from 1895 to 1896 a tour with the Damrosch Opera Company through US, where she sang a.o. the parts of Eva, Sieglinde in Die Walküre and Venus in Tannhäuser. Afterwards she sang during two years (1897-1899) at the Opera of Riga and from 1899 to 1901 at the Hoftheater von Coburg.

To the outbreak of the Great War Louise Mulder was besides the before mentioned Jacques Urlus and Anton van Rooy the only Dutch singer in count for great roles in performances of the Wagnervereeniging (Wagner-society). A singer as for instance the - in those days -well known bass Frits van Duinen (1860-1937) was only allowed by Viotta (1848-1933, composer, conductor and founder of the Wagnervereeniging) to the singing of minor roles (Fafner in Siegfried). A request to the permission for more important roles was not honoured. On January 25th, 1889 Mulder debuted, still living in Utrecht, for the Wagnervereeniging. Between 1889 and 1898 she appeared with lots of success six times for this society in Amsterdam. Five times in concert- opera-performances and once on stage, in 1895 as Gutrune in Gotterdämmerung. After the turn of the century she appeared mainly in guest appearances, such as in 1901 at the Opernhaus von Breslau. Also as Mozart performer (Donna Anna in Don Giovanni, the countess in Figaros Hochzeit, Pamina in Die Zauberflöte) she became famous. She also sang roles as Isolde in Tristan und Isolde, Senta in Der fliegende Holländer, Elisabeth in Tannhäuser, Leonore in Fidelio, Nedda in Pagliacci, the baroness in Der Wildschütz by Lortzing and Frau Fluth in Die Lustigen Weibern von Windsor by Otto Nicolai.