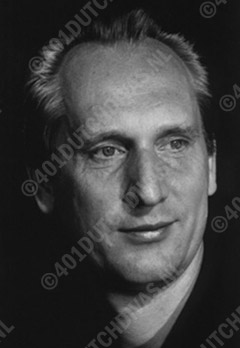 Frits Kamp, Bass-Baritone, was born in 1958 in Gouda and grew up in the Netherlands. While studying biophysics at the University of Amsterdam, he was very active in mime-theatre, comedy and music. In 1988 he took part (cum laude) at the Masterclasses of the Franz Schubert Institute in Austria. This opened the doors for him to study voice at the New England Conservatory in Boston with Edward Zambara. In New York he studied Italian opera with Renato Capecchi. He has now sung about 30 operatic roles, including Zaccaria in NABUCCO, Leporello in DON GIOVANNI and the four devils in THE TALES OF HOFFMANN. Highlights were performances at the Teatro Municipal in Chile; the Greensboro Opera; the Boston Concert Opera; the International Operafestival Chiemgau in Bavaria, the ISNY Opera, The Maxlrain Castle and the Opera Vaduz in Liechtenstein. Mr. Kamp has appeared in numerous recitals as well as oratorio in Germany, Austria, Switzerland, Chile, Italy, Czech Republic and the United States.

Since 2000 he has lived in Munich, Bavaria, where he has appeared with Schumann's Dichterliebe, Verdi's Rigoletto, Mozarts Don Giovanni, Rossini's Aschenputtel and Petite messe solonnelle, Haydn's Schöpfung, a Russian recital at the Tolstoy Library and many masses. He made performed at the Gasteig Music Center in Munich with contemporary music as "Der Tod" in Viktor Ullmann's opera Der Kaiser von Atlantis, and Taras Yachshenko's Franko Gesänge. In the press Frits Kamp has been praised for his musicality, warm and ample voice, impressive acting skills and comical talent.