Ever since we attended Denzil Delaere's performance as Johan in Karel Miry's Charles Quint, we have followed his career. The reason is simple: in that opera, he enchanted us as the fisherman Johan, with a Schmelz that you would rather expect from an Italian, or a singer from the Richard Tauber era. At the time, we immediately promised to contract him if we would succeed in realizing our plans regarding reviving Dutch and Flemish operas in special concerts. On April 26, 2015, that day arrives, and Denzil Delaere will be the tenor. His partners are soprano Jolien De Gendt, and pianist Pieter Dhoore. They will perform in a picturesque estate in Hoog-Keppel. The program is truly historic, with recreations of long forgotten Dutch and Flemish operas by Ten Cate, Von Brucken-Fock, Van Bree, Eckert, Lilien, Jan Rijken, Harry Mayer, De Pauw, Miry etc. The final duet from Jan Rijken's Norma (1888) is a creation for Delaere and Jolien De Gendt.

Tenor, Denzil Delaere was born on July 26, 1988, in Oeselgem (Antwerp). As a young child, he was swept away by the sounds of his father's extensive jazz record collection, and so it came that young denzil decided to become a musician himself. At the Stedelijke Muziekacademie of Deinze he studied sopran-saxophone for 6 years, with teacher Stefaan Cornelis. He conntinued his musical studies with the Humaniora at the Kunsthumaniora, and saxofoon with Raf Minten.

After having also tried himself in classical singing for 2 years, he decided to put the saxophone to rest and focused isntead on completing his cocal stdudies with voice teacher Philippe Wesemael. 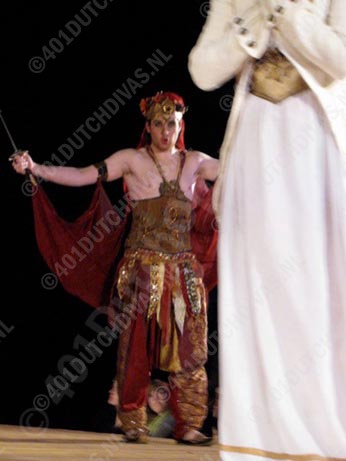 Since 2008 he studies at the Royal Conservatory of Ghent, where he is coached by such teachers as Marcos Pujol and Gidon Saks. He attended master classes by the likes of Robert Alderson, Jennifer Hamilton, Michael Spyres, Misha Didyk, Gabriele Micheli and Ubaldo Fabbri. He also attended a Summer stage at the Norfolk Festial in Great-Brittain, where he took on the role of one of the Spartans.

Delaere already appeared as Toby in Menotti's The Medium, as Arnalta in Monteverdi's ' L' incoronazione di Poppea, as  Ferrando in Mozarts Cosi fan tutte and as the Prologue in  Britten's The turn of the screw.

Having developed a great affinity with concert and oratorio repertoires, he sang with the ensemble La Chapelle Sauvage, enabling him to train and perform main works as Bach's Weihnachtsoratorium, 'Magnificat', 'Kaffeekantate', 'Missa Brevis in A major', motets etc... He participated amongst others in the Matthew Passion with the European Inter Voices Choir, and sang the tenor solo in Haydn's Creation with Apotheosis (under Korneel Bernolet) at Concertgebouw Brugge. Further appearances included Catalani's 'Missa', and Mozart's 'Vespers'.

Delaere also feels comfortable in Song repertoire, and performed, among others, songs by Schubert, Brahms, Beethoven, Fauré, Poulenc and Rachmaninov. Whilst he was trained at Royal Conservatory of Ghent Denzil Delaere has developed a strong  connection to contemporary music. Besides his participation in the world première of Acubens, he has performed major works by Olivier Messiaen, Alban Berg, Wolfgang Rihm, Wim Hendrickx and John Cage and took part in the contemporary opera L'Algerino in Italia a parody on Rossini’s L’Italiana in Algeri by Joris Blanckaert

Apart from having performed at various concerts in Belgium, Deleare has now also been asked for international music festivals, such as   Fesitval di Musica in Colombia. 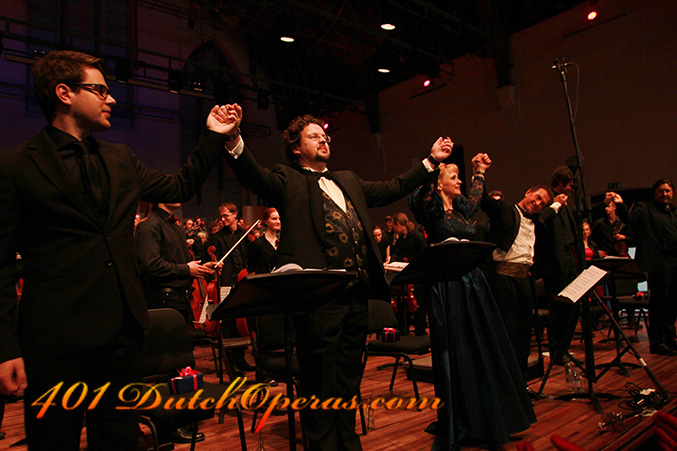 On April 29, 2012, Delaere performed with stunning success the role of the fisherman Johan, in Karel Miry's 1857 grand opera Charles Quint, about the nooze-bearers of Ghent. 401NederlandseOperas.nl released an official registration of this performance, in coproduction with Lyrica Ghent and the singers, available both in mp3 download format and as video. below you will see a video trailer of the performance:

Our chief editor René Seghers wrote the following regarding the performance and Delaere's pat in it, for Operanostalgia and the Dnizetti Society newsletter:

"Although I am happy that we now have a stunning event as starting point for our webshop, it is decidedly a missed chance for Belgian cultural landscape not to have had a broadcast. The press was wildly enthusiastic, so was the audience. Yes, it is a youth orchestra, but one conducted by Geert Soenen. I've seen him at work also during the rehearsals, of which we offer free excerpts on our website, and truly, he can't really be called a 'conductor'. He's more like... a wizzard! I understand that broadcasting corporations like certainties such as the forces of The Munt, or internationally renowned opera houses. But John Boeren and Patrick Vlaeminck of Lyrica presented a cast that could have held its own on any stage. There was Amaryllis Grégoire, who previously triumphed at Lyrica Ghent in Auber's La muette de Portici. She rose up to the considerable challenge of Miry's writing for soprano, which combines bel canto agility with the extremes of dramatic and lyrical singing. Baritone Vincent Bertrand proved himself a wholly credible Charles V; baritone Laurent Kubla painted a warm portrait of the embittered and tormented steph-father Van Ghest, while bass Thomas Mürk had no trouble with the part of the conspirator, Padilla. Of course, Denzil Delaere was a debuting tenor, but... what a fine debutant he was! Anyone that will hear his innate musicality and his gorgeous timbre, will be transported back to the days of Alain Vanzo. If he will continue to sing in this way... well, let me just say that I am proud to have had the honor of first publishing his voice. I did not hesitate a second to make Delaere the succesor of Dutch tenor Hein Meens as Divo of the Month May/June on the 401DutchDivas.nl website.

Having noted that, we would like to add that even if Charles Quint may not be a wholly 'original' work, in the sense that it has very audible influences of Auber, Meyerbeer and Verdi, it is, perhaps, indeed 'the best opera that Auber and Meyerbeer never wrote.' It is defenitely a treasure trove, and as such an outstanding example of Flemish operatic art. From the first till the last note, it presents a string of one gorgeous melodie after another, constantly shifting between brilliant aubades, monologues, arias,   passionate duets and dramatic ensembles. To which one should add that the chorus has a part that is as important and beautiful as it is in, say, La forza del destino.'

Currently Delaere is a member of the International opera Academy (former Opera studio Flanders) that offers a postgraduate opera study program. Within this framework Denzil Delaere sang Don Ottavio in Don Giovanni at the renowned Summer Opera Festival of Alden-Biesen, 2014 and was engaged as cover for the role at La Monnaie in a staging by Krzysztof Warlikowski. During the current season he will participate amongst others at Benoît Mernier's successful opera "Frühlings Erwachen" in a staging by Guy Joosten. He’s also active as a member at the Chapelle Musicale Reine Elisabeth 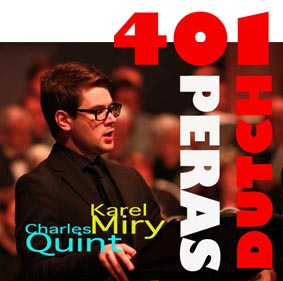