English lyric tenor George David Galliver (1925, Bristol, UK – July 2001) was educated at the Shrewsbury School. He served his country in the Navy before. From 1947 to 1950 he combined studying French and German at New College, Oxford with private singing lessons from Arthur Kranmer and Lucie Manen.

His earliest performances seem to date back to 1950, when a local paper from Wolverhampton reviewed a performance of him in a Wolverhampton Art Gallery concert, and previously even in Berlioz's Les Troyens!

'The appearance of the Shrewsbury tenor, David Galliver, at the midday concert at the Wolverhampton Art Gallery this afternoon, enables me to ease my conscience a little. In my notice of the remarkable Oxford production of Berlioz's 'Les Troyens,' lack of space prevented me from appraising any of the principals individually. Otherwise, I would certainly have mentioned Mr. Galliver's melting singing of the nostalgic sailor's song in 'The Trojans at Carthage.' This afternoon he brought the same sweet voice and smooth line to the interpretation of songs by Schubert, Mozart and three modern English composers. All his singing was informed with delicacy, understanding and a real sense of style. Mr. Galliver's control was not quite equal to the difficult aria from Mozart's "'The Magic Flute,' but his performances of Stanford's 'The Fairy Lough' and Head's 'The Little Road to Bethlehem' convinced me that he is a musician whose future will be worth watching. – A, G.'

By 1952 he first appeared at the Three Choirs Choral Society Festival with the London Bach Choir in J.S. Bach's St. Matthews Passion. Apart from Bach he was also renowned for his singing in Mozart operas. By the time he came to the IVC he had already established a name for himself in England, where he would become a much-loved tenor. His most notable achievements after the 1956 IVC were a Glyndebourne Festival appearance in1957, followed by a 1958 appearance in Elgar's The Dreams of Gerontius, conducted by Sir John Barbirolli, and attended by Pope Pius XII. In 1959 he repeated his Dreams of Gerontius appearance before H.M. The Queen. By 1960, he reached the USA, where he sang in oratorio and recitals.

In mid 1960's David Galliver moved to Australia and during the eighteen years in which he was the Elder Professor of Music at Adelaide University (1966-1984), he became a significant figure in the musical life of South Australia. His first appearance in Adelaide was at the 1964 Festival when Sir Bernard Heinz gave the first Australian performance of Benjamin Britten's War Requiem. It was one of his great successes. He subsequently gave many performances of the music of Britten and Tippett, including the song-cycle 'Winter Words' and the Conservatorium performance of Britten's 'Spring Symphony' with David Swale, and also performance of Janácek's 'Diary of One who Vanished' with Nancy Thomas. Martin Wesley-Smith composed his children's opera Pi in the sky at the behest of Galliver.

David Galliver was Associate of the Royal College of Music. He passed away in July 2005. 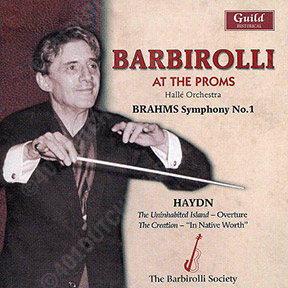 Haydn: The Creation 'And God Created Man – In Native Worth'
(CD Guild GHCD2320 'Barbirolli at the Proms') 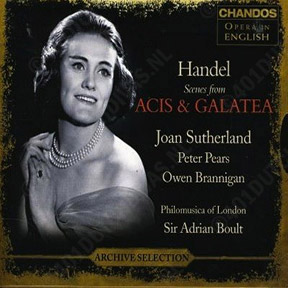