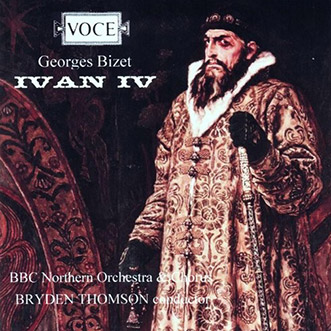 A perfect example of the IVC seeking singers that had already achieved a certain performing level was English baritone John Noble (2 January 1931 – 21 March 2008). When Ralph Vaughan Williams heard him as the Pilgrim in the 1954 production of The Pilgrim's Progress, he exclaimed 'This is what I meant'. By the time EMI recorded the opera in 1970 under Sir Adrian Boult, Noble was called upon to repeat his interpretation.

What was best for Vaughan Williams in 1954, failed to impress the IVC jury enough to even make it to the finals. Noble received but an honorary medal, which in part explains why emerging singers rather sooner than later stop competing, since the further they are into their careers, the more they can lose in terms of reputation; at one point the risk of losing simply outshines the chance to win. Noble was born in Southampton as the son of a gardener. While studying geography at Fitzwilliam College, Cambridge, he also studied singing with the baritone Clive Carey. Singing too prominence when he joined the choir of St John's College for a postgraduate year. 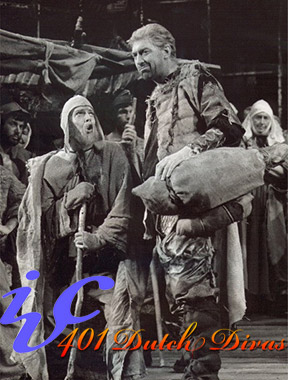 For Noble, the mentioned 1954 Dennis Arundell production of The Pilgrim's Progress at the Cambridge Guildhall opened the doors to a career as a soloist. According to Vaughan Williams's wife Ursula Noble brought 'a touching and dedicated dignity as the Pilgrim'. The composer's opinion has already been mentioned. Noble still spend a year teaching geography before he joined the BBC singers. Thereupon, he made a distinct career as a concert singer, among others with the Ambrosian Singers, excelling in Bach's passions (a.o. as Jesus), Händel, Elgar, Britten, Delius, Tippett and Vaughan Williams. He was renowned as the vicar in Benjamin Britten's Albert Herring for the English Opera Group, recorded under the composer by Decca in 1964. His operatic work further included the title role in Alan Bush's Wat Tyler at Sadlers Wells, London (1974). Apart from making numerous recordings, Noble also appeared in over 200 broadcasts for the BBC.

For Noble there wasn't really a 'post career' phase, since he continued appearing in concert until his final illnes. He did however accept a teaching post at the Royal Northern College of Music, Manchester, and he had a flourishing teaching practice until he died of pancreatic cancer on March 21, 2008, at the age of 77. (Based on the obituary published in the Guardian, 2008)