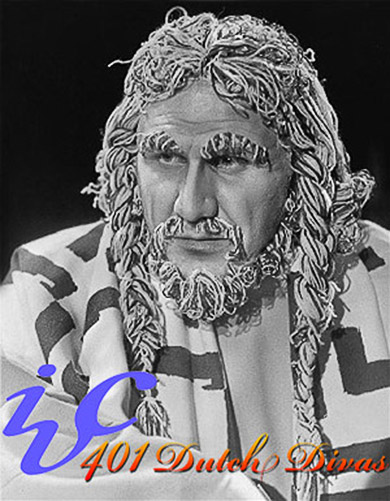 Ladislav Mráz studied singing at the Prague Conservatory with Hilbert Vávra and Mrs. E. Fierlingerová. He made his professional opera debut at the opera house in Tábor in 1943. From 1944-1946 he sang at the Divadlo Josefa Kajetána Tyla in Plzeň. From 1946-1948 he was engaged by the Prague State Opera, after which he transferred to the Prague National Theatre (1948-1950). Somehow, he had difficulty finding his true calling there, for onwards he shifted back and forth between the theatres, returning to the State in 1950, and from there again the National Theatre in 1953.

Mráz in the Netherlands

By the time he came to Den Bosch for the Third IVC he was already an established local star in his own right. In hindsight, his participation seems puzzling, perhaps imbued by extra musical reasons, such as the chance to visit the West. Knowing his background, his First Prize and his being awarded the prize for best singer of the contest in Den Bosch seems no more than logical – not winning it would in fact have been embarrassing for a singer with his standing at the time, even though he was of course completely unknown here. 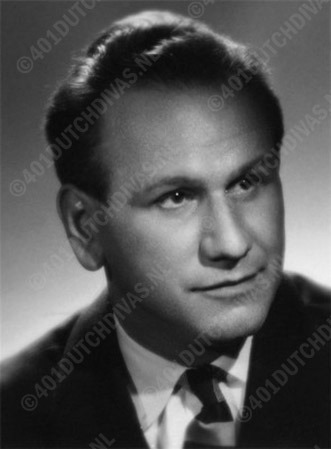 Regardless, it would be a gross overstatement to call him an IVC 'discovery.' Some critics also mentioned this in their reports, along with very favorable reviews of his performances at the IVC, starting from the semi finals. Among them H. Hn., for De Tijd:

However, the saying that no critic ever agrees with another was amply demonstrated when one critic published that he was stunned when he heard of Mráz's fame, since in his opinion the Czech bass 'wasn't ready to pass even the semi finals'... Audio registrations of Mráz's IVC appearances have not yet come to light, regrettably. His Gala Concert performance of September 23, 1956 was recorded but the option to publish it on a Philips 45RPM was not effectuated after the masters were rejected. Only the recordings of his co contesters Elly Ameling, Edna Graham and Halina Łukomska were approved and published. Since Mráz later recorded the very song he used for the 1956 IVC semi finals, we provide that recording here:

Having mentioned his stature in his homeland, the IVC victory certainly spurred his foreign career, most notably within The Netherlands. He appeared there in many concerts and recitals, performing as a soloist in such works as Johann Sebastian Bach's St Matthew Passion and Johannes Passion, and Ludwig van Beethoven's 'Ninth Symphony.' He also made a number of appearances on Dutch radio and television, among them as the protagonist in Verdi's Falstaff.

Mráz remained with the National Theatre ensemble until his death in 1962 Among his celebrated roles there we mention Count Vilém of Harasov in Jacobin, and Vodník in Rusalka, both by Dvořák. From the Wagnerian repertoire he sang Hans Sachs in Die Meistersinger, Herrmann in Tannhäuser, and the title role in The Flying Dutchman. From Smetana he sang Kecal in The bartered bride and Rarach in The Devil's Wall. He was a distinguished Creon in Stravinsky's Oedipus Rex, Leporello in Mozart's Don Giovanni, and Svätopluk in Eugen Suchoň's opera by that name (our opening photo depicts him in this role).

From 1948 to 1961 Mráz regularly appeared at the Prague Spring Festival. Mráz also performed frequently with the Czech Philharmonic Orchestra as a soloist in oratorios, song cycles, and works of contemporary music. Guest appearances took him to opera houses in Paris, Vienna, and Holland. He sang Hans Sachs at the opening of the new opera house in Leipzig in 1960 where he was a guest artist for many years, as well as in other East German theatres. He was awarded the USSR State Prize in 1961.

Ladislav Mráz died at the height of his stage career in Prague in 1962 at the age of 38, while negotiating debuts in Bayreuth and the United States. He is remembered as an impressive bass-baritone, a wonderful actor and a sensitive interpreter of Lieder and oratorio.

His voice is preserved on a number of recordings made on the Supraphon label, including complete recordings of Bedřich Smetana's The Devil's Wall and Antonín Dvořák's The Specter's Bride. Upon his death Supraphon released an LP portrait of Mráz, that included arias his most beloved Chech radio recordings, including Faust, Béatrice et Bénedict, Prince Igor, The Lantern (Novák), Der Freischütz, Die Meistersinger. A rare 10" disc provides a German language survey of Lieder by Schumann and Brahms, with Alfred Holeček at the piano.