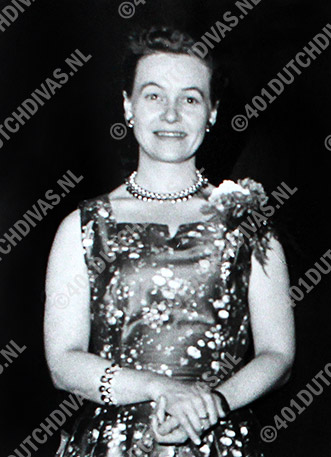 Very little is known about IVC 1957 Second Prize winner soprano Valerie Cardnell. She sang the theme song for the BBC Children's TV Puppet series ‘Andy Pandy.’ The latter might have been the reason behind her now obscure and unfindable 10” vinyl disc ‘Time for a song,’ where she alternates in unaccompanied songs with tenor Christopher Keyte. From the album sleeve we learn that ‘both are experienced concert artists who have sung regularly in BBC programmes for schools.’ Cardnell, however, also had a provincial English career in oratorio, given her appearance in Haydn’s The seasons (1962, Dover Choral Society), Händel’s Belshazzar (1963, St John's Church, Redhill, with Joseph Beachus (tenor), Kenneth Tudor (bass-baritone), and Kenneth V. Jones conducting), selections from Edward German’s Merrie England (1971, Park Centre, Burgess Hill). Post career, she turned to teaching singing at the Rosary School in North West London

Other than that, nothing is known about IVC 1957 Second Aaltje Noordewier Reddingius-Prizewinner Valerie Cardnell. Should you have more information, photo’s, recordings of Valerie Carnell, you may contact us This e-mail address is being protected from spambots. You need JavaScript enabled to view it