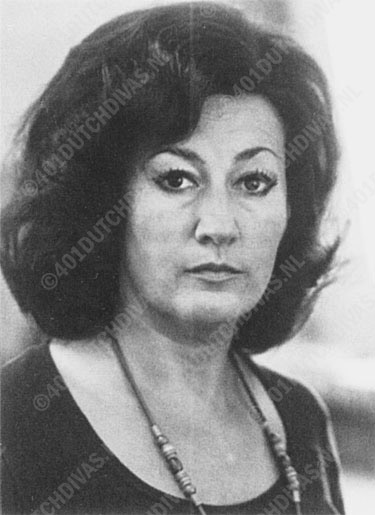 Nelly (Nellie) Morpurgo - born in Amsterdam on 3 March 1934 - studied singing at the 'Music Lyceum' in this city with a.o. Coby Riemensma. her debut she made at the 'Nederlandse Opera' in 1961 as second boy in 'Die Zauberflöte'. She joined the 'Nederlandse Opera' from her debut to 1986, in which year she sang in Arabella (R.Strauss) the role of 'Kartenaufschlägerin'. To her most important roles belonged, the countess in 'Le Nozze di Figaro', Fiordiligi in 'Cosi fan tutte', Micaela in 'Carmen', Judith in 'Blue-beards Castle' (Bartok) and the women secretary in Menotti's 'Consul'. Also as concert-singer she appeared.