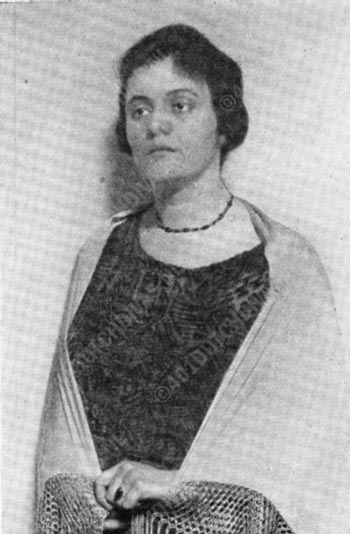 Di Moorlag, born 1892 in Beerta, province Groningen, wanted also at first become a singing-teacher, just as her first singing-teacher Meta Reidel and colleague Joy Mac-Arden. Her beautiful voice and the advice of Willem Mengelberg made change her mind and decided her to dedicate herself completely to singing. With Aaltje Noordewier she completed her study. First she wanted to sing in opera, but her parents resisted against it. She sang on many concert-stages, such as in Budapest, Antwerp, Paris, Zurich, Vienna, etc. She has also sung - in 1938-1939, when she accompanied her husband during a business-tour - in Boston, Hollywood, San Francisco and 'Batavia'. She was also active as pedagogue, especially after World war Two.