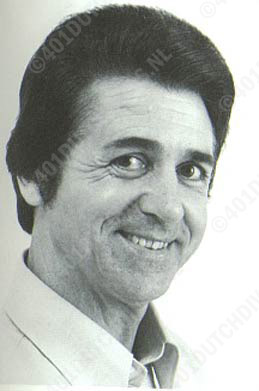 Dutch tenor Jan Handerson (1923-1990) was the undoubted jeune premier of Dutch operetta from the day of his debut in 1955.
Before coming to the operetta he had performed with Bob Peters' De Nationale Revue, next to stars like Heintje Davids and Johan Kaart
In 1955 he made his debut with the national operetta company, the Hoofdstad Operette in Hör mein Lied, Violetta (La Teresina), which marked the beginning of the first of two long periods with this company.
At the same time be became the eminent operetta tenor for radio and later for television. He made numerous appearances in operetta programs with singers like Mizzi van der Lanz, Christine Spierenburg, Lizzi Schöffmann, Truus Bording, Sonja Oosterman, but also as interpreter of the German Lied and Neapolitan songs.

In 1964 he left the Netherlands to fulfil a contract with the opera house of the German city of Hildesheim, where he further extended his repertoire.

In 1973 he returned to the Dutch stages and to the Hoofdstad Operette, where he sang until shortly before his death.
During his career he not only sang the title roles in 'The Count of Luxemburg', 'The Beggar Student' and 'Paganini', but also Count Zedlau (Vienna Blood), Niki (A Waltz Dream), Tassilo (Countess Mariza), Caramello (A Night in Venice) etc. etc. etc.
With the role of Feri (The Gipsy Princess) he turned more to character roles from 1979 on.

The role he was most closely identified with, was that of Danilo in The Merry Widow. In 1956 he sang the role for the first time, next to Mizzi van der Lanz as the Widow, and also during his time in Germany, he sang Danilo many a hundred times.
In 1973 'The Merry Widow' marked his return to Holland, grown beyond recognition as an actor and stage personality. At the age of 63 he started his last season of Widows on the occasion of the 40th jubilee of the Hoofdstad Operette. He played the loosely-living count close to a thousand times. Newspaper Het Parool called his portrayal after the opening night at the Amsterdam Stadsschouwburg in 1984 "a textbook example of character study and the result of a prudently lived singers life.

In the 70's he was a regular guest with the Nederlandse Opera Stichting, Opera Forum an the Holland Festival. In 1974 he sang the title role during the Dutch premiere of Robert Kurka's 'Good Soldier Schweijk'. Also in 1975 with the 'Nederlandse Operastichting' he sang the role of Hans Styx in Offenbach's 'Orpheus aux enfers' and in 1976 during the 'Holland Festival' he sang the role of the Ballad Singer in Carlisle Floyd's 'Of mice and men' (after the novel by John Steinbeck) in the Circus Theatre in Scheveningen. 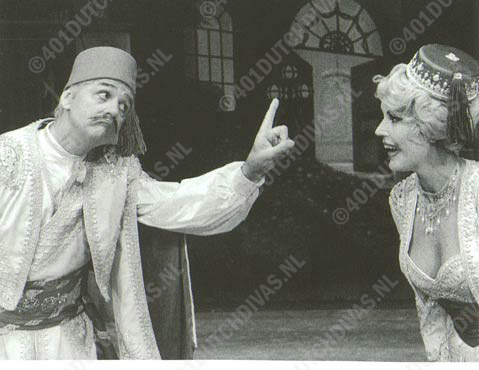 But his fame was based mostly upon his mastership in operetta. A style he mastered vocally to perfection, pared with a undeniable charm and an acting talent indispensable to this genre.
When he played the role of Kagler in 'Vienna Blood' in 1987, he knew he was incurably ill. He did, however, play until the end of the season. On 3rd July 1990 he died at the age of 67. Over three decennia he was the operetta tenor in Holland.