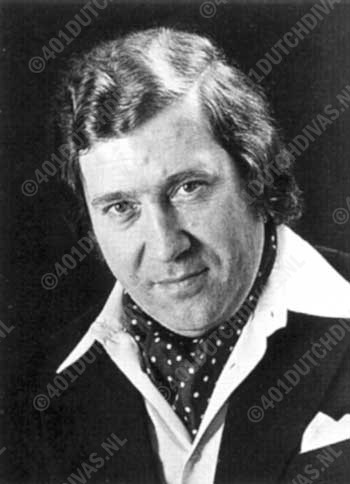 Adriaan van Limpt studied with Leo Ketelaars and at the opera-studio of the 'Nederlandse Operastichting'. He made his debut at the 'Nederlandse Operastichting' in 1975 with a small role in Capriccio (R.Strauss). In 1977 he won a prize at a important singing-concourse for the Dutch television, after which he sang in major roles as Pinkerton (Madame Butterfly) and Renato in Verdi's 'Un ballo in maschera'. In 1977 he appeared at the 'Festspielen von Bregenz' in 'Oberon (Weber) and in 1978 he appeared at the 'Nederlandse Opera' in Amsterdam in the role of 'Pollione' in 'Norma' (Bellini). That evening Joan Sutherland sang the role of Norma.

"Adriaan van Limpt, born June 30, 1935, initially earned his living as a cafe owner in Brabant. After discovering the qualities of his singing voice, he studied with Leo Ketelaars at the Conservatory of Maastricht where he graduated at age 35. He has also studied at the "old" Opera Studio of the Dutch Opera Foundation. He made his debut at the Dutch Opera Foundation in 1975 with a small role in Richard Strauss' Capriccio. In 1977 he won a prize in a prestigious singing competition for Dutch television, and he was as big roles to sing Pinkerton (Madame Butterfly) and Renato in Verdi's "Un ballo in maschera". In 1977 he performed at the festival in Bregenz Peeling von "Oberon (Weber) and in 1978 he performed at the Dutch Opera in Amsterdam in the role of Pollione in" Norma "(Bellini). That night Joan Sutherland sang the role of Norma. His voice was perfect for Italian opera. Adriaan van Limpt often sang along with Cristina Deutekom, including in Verdi's opera "Un ballo in maschera" and "Il Trovatore".

Especially in the United States, he was much sought. He was there for Placido Domingo and Luciano Pavarotti and sang along with Joan Sutherland. The magazine Variety gave Van Limpt fourth place on the list of tenors, after Domingo, Pavarotti and Carreras. Recently Van Limpt sang no more operas. In his last years of Limpt even sang along in the musical "The Phantom Of The Opera", a production of Joop van den Ende in the Circus in Scheveningen. Then he granted a voice coach cooperated with the musical "Miss Saigon".

Adriaan van Limpt was deceased on Thursday, May 8, 1997 in his hometown of Son en Breugel at age 61. He had been ill for some time." 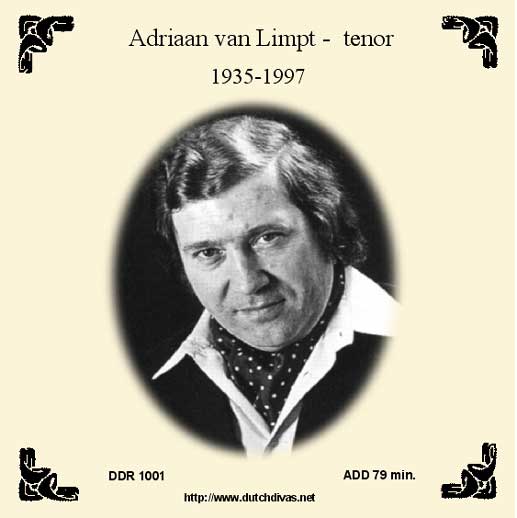