" ... It began in Act I, very conventional in look and superbly sung by Ed Sooter, our Siegfried, and Hubert Delamboye, the Mime (on his way to take on a major career in heldentenor roles in Europe).. " 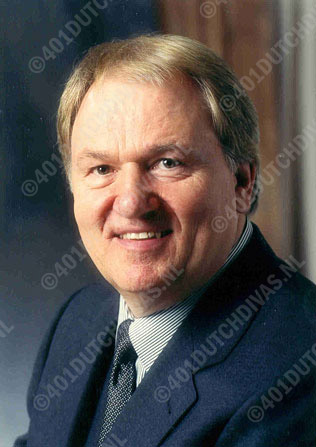 The remarkable and steady development of Hubert Delamboye´s career is, without any doubt, a result of a combination of common sense, profound musicality and careful vocal training. Gradually, very gradually the modest Dutchman grew from a lyric tenor via character parts into the spinto “Fach”; in 1995 Hubert Delamboye felt ready to try out his first Tristan, which became an exceptional success.

Most recent as new role on his repertoire is Paul in Die tote Stadt (Korngold) at the Spoleto Festival which he will also sing in a new production in Wiesbaden and Cologne. Further future activities are Der Freischütz (Weber) in Frankfurt, Das Rheingold in Geneva and Katja Kabonova (Janacek) both at the Salzburg Festival and in Brussels. Hubert Delamboye worked with conductors as Claudio Abbado, James Levine, Kurt Masur, Nikolaus Harnoncourt and stage-managers as Otto Schenk, Jean-Pierre Ponnelle, Giorgio Strehler, Peter Stein and Herbert Wernicke.

In the vocal-symphonic field the tenors favourite works are the song-cycles and 8th Symphony by Mahler, Beethoven´s Missa Solemnis and 9th Symphony, Dvorak´s Requiem and Golgotha by Frank Martin. 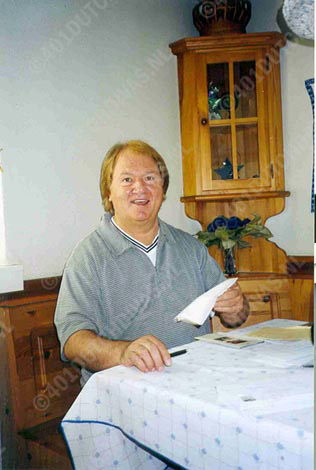 On September 23th 1986 Hubert Delamboye made his Dutch opera debut in the premiere of Ithaka by Otto Ketting on the occasion of the opening of the new Amsterdamse Muziektheater.

In 2002/2003, in three of the major opera houses of Europe the opera Boris Godunov was put on stage. Successively in Berlin, Hamburg and Covent Garden. In all three houses was performed an other version ... but what they had in common, was that Prince Sjoeiski (spelling Groot Operaboek/Great Opera-book, Riemens/van Lijf) was performed by the same singer: Hubert Delamboye.
There are still contracts for a.o. Frankfurt, Paris, Cologne, Madrid and Barcelona.

He made recordings for a.o. Castle Records - 25 year ago - and for Orfeo - Kata Kabanova - these last recording is available at CD as well as DVD. Also at the occasion of the 125th jubilee of the Mannenkoor(Mail Choir) St.Caecilia a commemoration-cd was released with the cooperation of Delamboye and soprano Angelina Ruzzafante. He also sang with the Koninklijke Zangvereniging Venlona where - again with Delamboye as soloist - a recording was made of a.o. Brahms' Rinaldo Cantata.