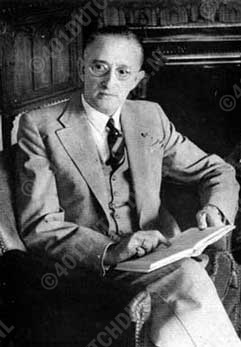 Louis van Tulder was born as afterthought on 22 May 1892 in Amsterdam in a Roman Catholic family with twelve children. Practically spoken he was number ten, because two children had already died at that time. He had no easy youth: his mother died when he was six year old, and his father, who had a business in clocks, in the Haarlemmerstraat in Amsterdam and later took over the business in furniture of his father, was a difficult person. Also the elder brothers and sisters lay on their will on little Louis. Because his father sang in the 'Posthoorn choir' as second bass, also was a member of male choir 'Eutherpe' under the great singer Johan Messchaert and some brothers were also musical, Louis sucked his love for music in with his mother's milk. When he was eight year, he was allowed as a boy's soprano in the boys choir of the Roman Catholic Church 'De Posthoorn'. Gladly he would be professional musician after the primary school, but his father refused, because an other brother - Fortunatas - had already chosen for a musical career and two musicians in one family was for father Tulder one to much. Louis had to be content with a job as junior clerk in a liqueur-distillery, 'Het Schipblok' at the 'Oude Zijds Achterburgwal', a well known street in Amsterdam, those days and this days. Already before his 16th , his voice was broken. He was admitted as tenor in the choir of the 'Vereenigde R.K.-kerkzangers' (United Roman-Catholic Church-singers), that was under direction of Anton ter Steege. These Anton ter Steege discovered Louis' talent and had taken care for Mrs. M.G. van Wisselingh-Meerum Terwogt to give him singing lessons from 1909. The fun was, that Van Tulder at the same time payed conductor was of the 'Zangkoor' (Singing-choir) of the R.K. church of the Fathers Jesuits. Later he was schooled with the famous soprano Aaltje Noordewier-Reddingius. Besides as amateur-singer Van Tulder also made name as organ-player. He played some time the organ in the Roman-Catholic Church ''t Torentje' (the Little Tower) on the Singel. Singing had however his preference, and from 1909 he became second tenor in the double-male quartet 'Excelsior' of Frans Rigter. This quartet gave a.o. performances in the Concertgebouw and even many concerts abroad. He also joined to the choir of the 'Koninklijke Oratorium Vereeniging' under A.H. Tierie. The latter had soon a high opinion of Van Tulders qualities and let him sing small solo parts. During a performance of Haydns 'Die Jahreszeiten' on 23 April 1912, when the tenor suddenly became very hoarse, Van Tulder took over his part in the middle of the concert. He did it very well and this was an unexpected start of his career as solo-singer. After this he was often asked as soloist, at first as deputy for well known tenors. This deputise had done Van Tulder often, even bass-parts and once even a soprano-part, when To van der Sluys didn't appear in time - the train was delayed (also in these days) - and he sang the soprano-part together with his own part. Nevertheless Van Tulder dared not to give up his job at the Amsterdamsche Bank, where he worked as a book-keeper since May 1911, although the direction-manager made no point of it, when Van Tulder would permission for his appearances. At the end both jobs appeared incompatible with each other. 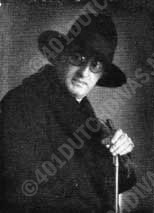 In September 1915 he left his office-chair to dedicate himself completely to the art of singing. Together with a friend he founded the 'Catholic Oratorio-society', which had very soon more as 300 members and of which he was first conductor. On the performances of this society have co-operated in the course of years soloist as soprano Aaltje Noordewier, tenor Jacques Urlus and alto Suze Luger. His father, who still made objections against a musical career of his son, wasn't inform in the beginning. After a few guest -appearances in April 1916 Van Tulder joined himself as first lyric tenor at the Nederlandsche Opera of G.H. Koopman. Because of his father he appeared with the artiste-name Leo Matul. This went well, until father Van Tulder asked his son" Who is anyway this Matul?' After this had to choose, leave his fathers home or marry at once. He chooses for the second option and married on 19 September, in the middle of the rehearsals of Puccini's La Bohème. His father made no objections. At 2 October of that year he made his debut at the 'Paleis voor Volksvlijt' as 'Rodolpho' in Puccini's Bohème. From September 1919 Van Tulder formed a part of the 'nv Nationale Opera' at 'The Hague, under W. van Korlaar jr. Van Tulder takes his residence at Rijswijk (near 'The Hague'). He performed those days a great number of roles, sung in Dutch as usual those days. In 1921 left the opera stage. He had come to the opinion that his high, lyric voice wasn't suitable for singing opera. Moreover he didn't possess a great dramatic talent. " I could sing, but I could not act", he said later. "Special in love scenes I was nothing, That kind of work I couldn't when thousands of eyes were looking to me". 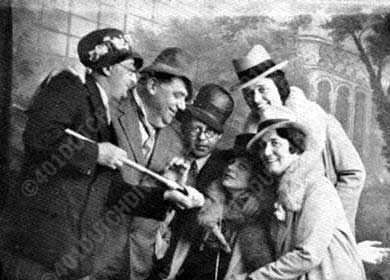 From those days on, Van Tulder became a professional concert singer, while he in 1921 also started, during his long career, as singing-teacher. Later he joined the Rotterdamsch Conservatorium as head teacher for solo-singing. Meanwhile Van Tulder made some name as lieder singer. Already as young man he met the Dutch composer Alphons Diepenbrock, who looked for a tenor, capable to sing his compositions. Van Tulder satisfied completely to Diepenbrock's expectations. Later he has performed several works of these composer, such as 'Memorare' and the 'Lied van den hop' from 'De vogels'(The Birds). During a appearance at a family party Van Tulder met the conductor Willem Mengelberg. These contact lead to the invitation to sing the tenor party in Beethovens Ninth' with the Amsterdamse Concertgebouworchestra. After that Van Tulder has sung many times with this orchestra. He became meanwhile an excellent concert- and oratorio-singer. He was praised for intelligent, moving performance and knowledge of the repertoire. For decades he was the most asked tenor of the country. Special in Bach's oratorio he showed his mastership. In the St.Matthew Passion ,under the baton of Willem Mengelberg, he has sung hundreds of times the role of the Evangelist. In the years 1924 until 1933 he sang especially many times in Germany, but he appeared also in lot of other European countries. In 1935, her even has sung in a concert at the Scala of Milan. In the thirties Van Tulder formed together with soprano Jo Vincent, the alto Suze Luger-van Beuge and the baritone Willem Ravelli the in 1930 founded 'Hollandsch Vocaal Kwartet' (Dutch Vocal Quartet). This quartet, with a great repertoire, had lots of success. Unique where the a capella performances of the 'Liebeslieder' of J. Brahms. In 1937 Van Tulder moved from Rijswijk to Voorburg (also near 'The Hague'). In that same year he was exalt praised to the skies for his 25-year jubilee as solo-singer. The singer, known for his humbleness, good-fellowship and sense for humour, experienced how much he was appreciated. Van Tulder finished his career as singer after a performance in May 1950, when he heard that his youngest sun had a cancer tumour in his brains. During the war he already lost a sun in the battle of the 'Java Sea'. Besides this personal motives, there were also financial motives to stop with singing. The payments for a singer those days where of a very low level, so he stopped his concert practice. After World war Two Van Tulder became conductor of choir- and oratorio-societies, such as the choir of the 'St. Liduïnachurch' and the 'KLM-choir', both in 'The Hague', and the 'Voorburgsche Oratoriumvereeniging' (oratorio-society). Besides he continued his pedagogic work and had many functions in the World of Music. In November 1969, crossing the road in Hilversum, he was hit by a car and died at the arrival in the hospital. Because Van Tulder already at a young age has made recordings, there exist performances of it on labels as HMV, Odeon and Philips. At the latest label the St Matthew Passion under Mengelberg.