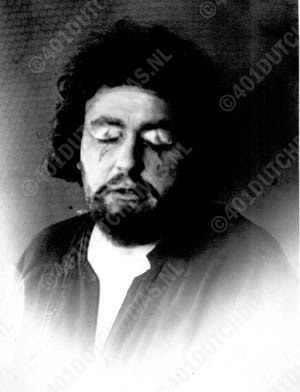 It is not so easy as sopposed to approach Mr. Faniard, especially when we act imprudently to let him understand it is for to write an article about him .
- " It is on the stage that I am belonging to the public, he agrees to answer, it is the place when I am in direct touch with it and it is where public is judging me. Believe me, the audience knows very well if it might me applaud or not. The rest, at any kind of sauce you will cook it, is journalism, good and well-intentioned journalism, but even though : journalism"
- "Maybe is it not really true. The public is fond to get a more thorough knowledge of the artist he likes, as he is able to give it strong artistic sensations. It wants to make a better acquaintance with him, to know some more about details which belong to the way of life. It is for some of those things I went looking for, to come up to its expectations as it has for you a marked predilection. So I think about "Walküre", "Hérodiade", "Aïda", "Patrie" and, above all, "Samson et Dalila" in which you and your partners were magnificent.
- " We were magnificent -using your little bit meridional smelling expression- because none of us were playing to be a star. One of the todays deficiency, you see, lies in the fact that artists are thinking they are doing the show. Well then, the show is a whole and the slightest wrong note ruins the atmosphere, the mood, in a word this kind of rapture in which the listener is immersed. The success of "Samson", you were talking about, is done to all the people who had taken a part of this rendering : the choirs, whose score is a very difficult, Suzanne Lefort, your well-known orchestra, the ballet, Jules Forest, Humbert Tomatis and myself. We ought to not forget our electrician, technician and scene shifter friends, whose participation, if as small it should be, is proved as essential. But there is another reason : if everyone of us has reached their actual point, it is the result of a hard work in order to obtain the necessary techic without which the voice is a very little thing"
- " It concerns now indeed the delicate point of an artist's carreer"
-" Yes, and don't be afraid to write it. The desire to earn money, quick, very quick, induces the artist apprentices to sing before to have really practised their voices. At the beginning of my career, 5 years studies were necessary for making a beginner, still admitting he had all required vocal qualities and that the musical acquaintance's questions were obtained. Paradoxical is it to required of an instrumentalist his absolute instrument's mastery, and for singers just only an approximate -and often worthless, as we could say- vocal technic. This must be not a reason of discouragement for my young friends, to whom I am ready to bring assistance. Do they see, on the contrary, an exhortation to educate themselves in their way of art, not only for making a conquest of looking for beautiful things people, but also for their own satisfaction. The lyric theatre, so dangerous threatened by the movies, will only survive if defendend with faith, with all the needful faith which must move us. And I would have tell everything to you, Monsieur l'Indiscret, when I had told that if the public will always keep a nice welcome to me, for my part, I am leaving no stone unturned in order to perform with my best all the scores which are entrusted to me".

Here was I forced, as far as I was concerned, to stop what I could call the professional share of an agreeable talking. We followed it a long time together about other subjects which allowed me to keep from Mr. Faniard the remembrance of an eminently likeable men, with rare goodness and extreme modesty. Those remarks are evidently not made -in opposition to those who, in their appreciations, are playing to paradox in order to seem knowing something in the singing art- to put down the admiration of regular visitors of the Théâtre du Capitole, lovers of "Bel Canto", for the artist by whom they have appreciated, at each of his performances, the quality of voice (volume and purity), the technical way he conducts it, and the elaborate of his dramatic compositions.
Maurice François