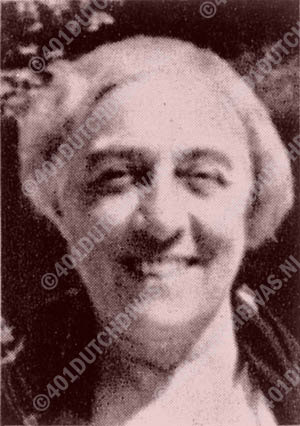 " I would like to commemorate the excellent interpretation of Gustav Mahler's Kindertotenlieder by Anke Schierbeek, an alt from Amsterdam, modest but distingueshed, who perhaps is less remembered than she deserves. Certainly this is not the case with those who have heard her sing, since on them she made a lasting, superb impression.'

Anke Schierbeek was born on 13 may 1878 in Leeuwarden. She received her vocal training in her city of birth, from Geesje Poutsma. Thereupon she enrolled at the Conservatory of Amsterdam with Cornelie van Zanten, then also with Aaltje Noordewier-Reddingius, and finally with Maria Philippi in Basel and Bellwidt in Frankfurt. She mainly appeared as oratorio and concert singer, most renowned as Lieder interpreter. As a Lieder singer, she fiercely promoted the compositions of Alphons Diepenbrock.His composition ' Zeewind strijkt over duinrand"' (Sea wind over the dunes) for mezzo soprano or baritone, after a poem by Vada was dedicated to her by the composer on June 17, 1916. She later taught at musical schools in Amsterdam, Bussum, Haarlem, as well as at the Muziek Lyceum in Utrecht. She prepared many pupils for their exams in solo singing, among them Betty van den Bosch.  Anke Schierbeek finally settled as vocal teacher in Amsterdam, where she was a saught after teacher.