'And the opening scenes are superb; Michael Schopper makes the most convincing Drunken Poet on disc, with Francine van der Heijden and Catherine Bott in exquisite voice as the tormenting fairies - exquisite yet sounding truly vindictive at times.'
Review of: The Amsterdam Baroque Orchestra and Choir, conducted by Ton Koopman. Purcell: Fairy Queen.

'One also has a more sympathetic vocal contribution of Francine van der Heijden, whose singing is more freer and varied.'
Classic CD 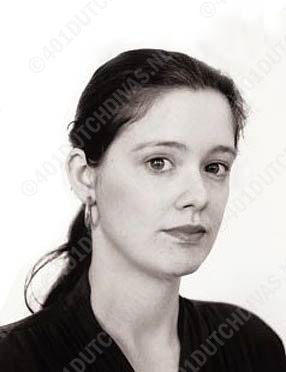 Dutch soprano Francine van der Heijden, born in Berghem studied voice at the conservatories in Maastricht, The Hague and London. She took courses at the Britten Pears School in Aldeburgh, at the International Operacentre Netherlands and she participated in several masterclasses.

Meanwhile she has acquired a respectable amount of cd and television recordings. She has recorded with conductors as Ton Koopman, Jos van Veldhoven, Oleg Caetani and Peter Eötvös. With Jed Wentz and his orchestra Musica ad Rhenum she recorded a cd with music of C.F. Ruppe.

She played several roles in operas of Mozart. Furthermore Francine van der Heijden sang some 'Bouffes Parisiennes' of Offenbach, played the role of Constance in Poulencs Dialogues de Carmélites several times and she's a much sought-after baroque soloist. She frequently performs as a song recitalist in the Netherlands and abroad. Her cd with songs of Felix Mendelssohn and his sister Fanny Hensel received favourable reviews and was decorated as 'Selection Swiss Radio International'.

Francine van der Heijden lives in Nijmegen since 1991, is married with a councillor and has a son of two years old.